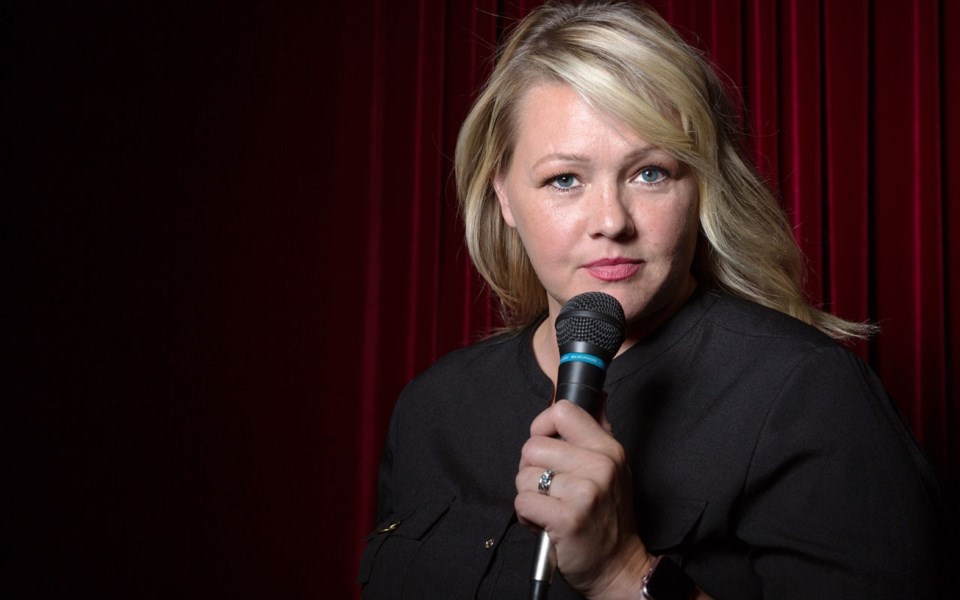 Erica Sigurdson is headlining at Comedy Kitchen in Whistler on Thursday, Nov. 8. Submitted

When Erica Sigurdson performed her stand-up set in Reykjavik, Iceland, there were some barriers with the audience—just not the one you might imagine.

“In Iceland it was interesting, they speak English well, but there were jokes that didn’t hit as hard as they hit here,” the Vancouver comedian says.

It was only after the show—which she performed alongside Steve Patterson, host of CBC’s The Debaters—when she read a book called The Little Book of the Icelanders, which features essays on Icelandic culture, that she learned why some jokes went over better than others.

For example, “it’s important to them to have kids—many kids—and they encourage it,” she says. “I have jokes about not having kids. I think people were like, ‘What is this?’”

While she occasionally finds herself on stage in far-flung locales, Sigurdson most often performs around Canada with a mix of corporate events and public shows. That includes comedy festivals that range from Montreal Just for Laughs to Winnipeg, Halifax and P.E.I.

She also has recorded a Comedy Now! special for CTV and, in 2006, travelled to Kandahar, Afghanistan for a CBC special called Stand-Up in Kandahar.

On top of that, Sigurdson has some impressive writing credits to her name, including the CBC TV comedy Mr. D and The 21st Annual Gemini Awards, which she co-wrote and won a Leo Award for.

“Right now I’m doing punch-up writing for Corner Gas Animated,” she adds. “Stand up is my first love. The split between writing and stand up is 80 and 20, with more stand up. But I do love to do writing.”

These days, comedians put out albums largely with hopes they’ll be featured on satellite radio—and to submit to the Juno Awards for its newly revived Comedy Album of the Year category, Sigurdson says.

“It’s nice to have extra money to spend on shoes,” she adds. “That is not where you’re going to make a lot of money.”

An added bonus though? Sigurdson will bring some copies to Whistler on Thursday, Nov. 8 when she headlines Cornucopia’s Comedy Kitchen show at Buffalo Bills. The set will also include Steev Letts as emcee and burgeoning Vancouver comedian Yumi Nagashima.

“Buffalo Bills is the first place I ever did half an hour, the first time I was asked to open,” she says, explaining most comedians start out with seven-to-10-minute slots. “I blew through my best material in 10 minutes and it was so painfully awkward.”

But don’t worry; she’s much more experienced these days. “It’ll be an incredible show,” she says.

Catch Comedy Kitchen on Thursday, Nov. 8, from 8 to 11 p.m. at Buffalo Bills. Tickets are $22 at whistlercornucopia.com/event-detail/?slug=comedy-kitchen-2.