Hear the songs of the famed musical theatre producer at the Maury Young Arts Centre on June 28
Jun 13, 2019 2:00 AM By: Alyssa Noel 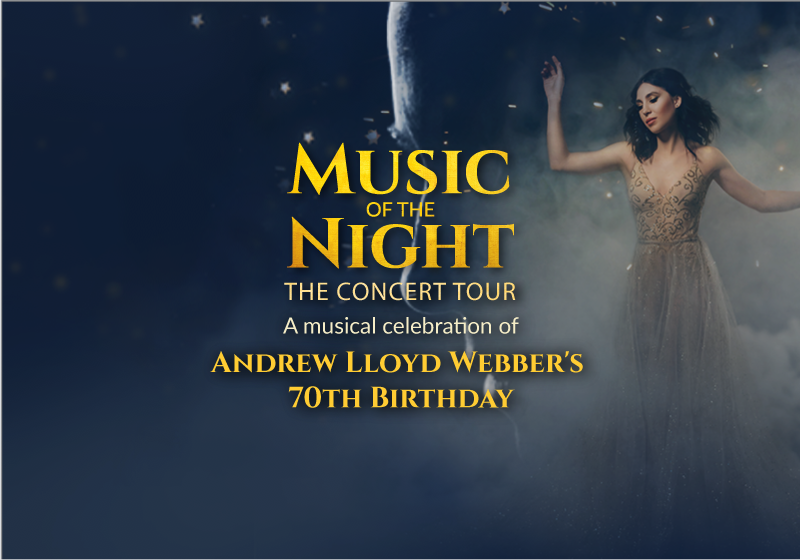 Music of the Night will feature songs from Andrew Lloyd Webber musicals. The show makes a tour stop in Whistler on June 28 at the Maury Young Arts Centre. Photo submitted

New Zealand actor and singer Nic Kyle was looking for an opportunity in Vancouver when a friend sent him the audition callout for Music of the Night—The Concert Tour.

The show, put on by BC Living Arts, showcases an array of Andrew Lloyd Webber songs in celebration of the famed musical theatre composer's 70th birthday.

"I was auditioning for stuff all over the place looking for work when a friend of mine from New Zealand helped me find the audition callout for the show," Kyle says. "I asked for an audition and I got it."

While he and his wife, professional soccer player Sophie Schmidt, are technically based in Vancouver, they often travel for their jobs. Schmidt is currently in France for the FIFA Women's World Cup, which left Kyle with time in his schedule for an acting or singing job.

"I'm doing three Jesus Christ Superstar songs. One is 'Gethsemane.' I've played Jesus twice in (different productions). I'm also singing two big Judas songs—'Superstar' and 'Heaven on Their Minds,' which opens the show. That will be an interesting change for me. I've spent a year of work listening to other singers sing that song. It will be funny to get a chance to sing it," he says.

The show will include a cast of four, which in addition to Kyle, the tenor, includes baritone Zander Felton from Vancouver Island, soprano Melina Schein, originally from New York, but now living in the Okanagan, and mezzo-soprano Amy Gartner from Alberta.

Around half the show will be dedicated to solos while the other half will be duets and group songs from musicals like Phantom of the Opera, Evita, Cats, and Sunset Blvd, to name just a few.

"I would say it's a celebration of Andrew Lloyd Webber's music," Kyle adds. "It's chronologically working through all the shows he's done, and the songs people know. There might be a few shows people haven't heard of."

The group had been practicing the repertoire on their own, but when Pique spoke to Kyle, June 11, they hadn't officially met for rehearsals yet. (In fact, he had just returned to Canada that day.)

"We have a week to put it together," he says. "It's pretty common; I've sung a lot with symphony orchestras in New Zealand and Australia and you usually get four days ... The first day is probably going to be a little bit of everyone feeling each other out, getting to know each other, letting your guard down—because you have to. Some of my best friends I've ever made have been on jobs like this. There's no time for rubbish, you have to get on with it," he says.

That's because they're set to embark on a tour of B.C., starting with Nanaimo on June 23 and ending up in Whistler at the Maury Young Arts Centre on June 28. Then, in September, they'll tour the Lower Mainland and Okanagan.

"It's a chance to see B.C.," says Kyle, who has been to Whistler and Kelowna, but no other tour stops. "I'm from New Zealand; I love the wilderness and travel, and I haven't had a chance to do that yet in B.C.—arguably the most beautiful part of Canada—so it will be a good chance."