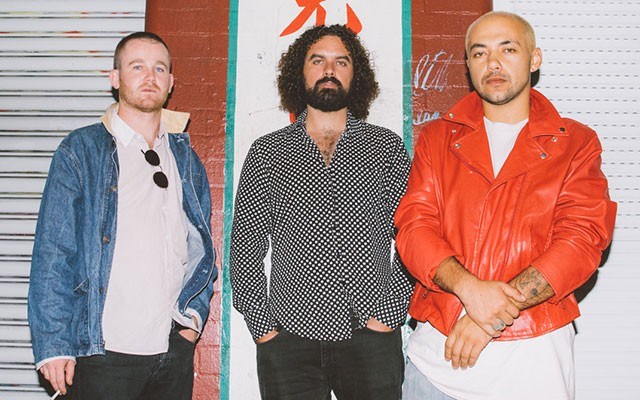 A blast of infectious Australian ghetto-dub is heading to town in the form of three-man band Bootleg Rascal.

Drummer Jack Gray says that all roads lead to Whistler for Aussie performers, and they are no different.

"The strong Australian connection definitely helped influence our decision to add it to the tour," Gray says.

"Having said that, Whistler is also a place we've all wanted to visit for a long time, so this tour has given us the opportunity to do that and play music at the same time."

Hailing from Sydney and the Gold Coast, Bootleg Rascal formed in 2013 after meeting at a gig as members of two other bands, reggae-fusion outfit Sticky Fingers and indie band Rogerthat.

The band took their name from a Sticky Fingers single. The two bands have since toured together.

"The band has existed for around four years in one form or another," says Gray. "Just recently we lost a member and have been writing and gigging as a three-piece for the last six months or so."

Whistler is part of a short West Coast tour, with Bootleg Rascal playing shows from Los Angeles to Vancouver.

They've just completed an Australian tour, but Gray says he can't delve into what they got up to for "legal reasons."

The band performs at the Garibaldi Lift Company in Whistler on Saturday, June 10 at 9 p.m. Tickets are $17.

He describes Bootleg Rascal's latest single "With You" as sounding "better when you're wasted and you turn it up loud."

Others describe their sound as possessing "exquisitely raspy vocals."

He adds: "We've released one EP and one album (Asleep in the Machine) thus far, with our second album due around October this year if all goes to plan. 'With You' is one of many to come from that."

"Lately we've been loving old-school Kid Cudi, Massive Attack and some of the earlier Gorillaz stuff to name a few," he says.

"We pretty much all write all our songs together."

The as-yet unnamed album is an extension of the classic Bootleg sound, says Gray.

"We've delved a little bit more into synthesizers and electronic elements but it's still going to retain a lot of that organic vibe that we love," he says.