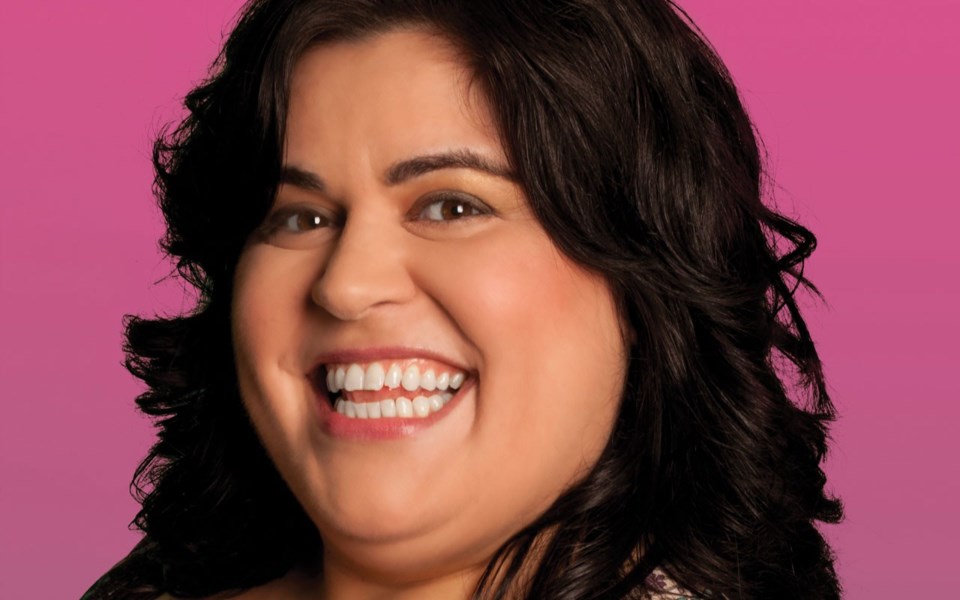 Debra DiGiovanni is performing at the Snowed In Comedy Tour in Whistler this year. Photo submitted

Are you ready for a little behind-the-scenes, how-the-sausage-gets-made story?

Almost exactly a year ago, for Pique's first issue of 2019, I interviewed Canadian comedian Debra DiGiovanni.

"Hmmm," our fictional reader who tears through Pique from cover-to-cover each week might say. "I don't remember reading that story."

That's because it never ran.

When I relayed this story to DiGiovanni during our second interview—this time at the beginning of 2020, over the phone from a hotel in Terrace, B.C.—she immediately apologizes.

The miscommunication was in no way her fault, but her instinctual "sorry" proves her argument that although she's called L.A. home for the last six years, she's still a Canadian at heart.

"Toronto still feels like home," she says. "I'm Canadian through and through. That will never go away. I have my green card ... but I'll never give up my Canadian citizenship. You'll have to pry it out of my cold, dead hands."

The other bit of insight our one-year-apart interviews offer comes from reminding DiGiovanni what she had to say about her upward trending career on the cusp of 2019.

Not only did she make her late-night TV debut on Conan in 2018, but also the New York-based culture publication Vulture named her one of the "38 Comedians You Should and Will Know" as well as declaring her comedy album Lady Jazz one of the 10 best comedy albums of the year.

When I ask her if the year panned out as she imagined she laughs. "It was maybe not as explosive as I thought," she says. "I actually had a really good year. I had a good run with the guys [on the Snowed In tour], I did some touring with Just For Laughs, I worked with Comedy Central and did some digital work with them. Am I a millionaire? No. Did I get famous? No. Did I have a good year? Yes."

This year, the Snowed In Comedy Tour's 12th, DiGiovanni will perform alongside Dan Quinn, Paul Myrehaug, and Pete Zedlacher. (Yes, I double checked this year ahead of time; 2020 is all about growth!)

While DiGiovanni avoided the Whistler stop last year—mostly because she felt obligated to give it to a snowboarding or skiing comedian—she will be the GLC all three nights from Jan. 20 to 22.

"The tour is super popular and the boys are wonderful," DiGiovanni says. "But they got a lot of feedback that it's nice to have a woman on the show."

That said, adding a female comic to the mix at a time when there's push for the entertainment industry to diversify isn't a coincidence either, she says. "It was a little bit of both," she says. "They could've gotten any guy to fill it ... Skiing, snowboarding, I don't do any of those things. They could've asked a bunch of guys who were snowboarders already."

Much of DiGiovanni's recent projects—including sketch comedy on Comedy Central and a podcast called Killing Time—focus on relationships...or rather bad dates, cute boys, and the pursuit of relationships.

So how will her comedy be affected the next time she couples up?

"I don't think I'm going to have to worry about that," she says, with a laugh. "I probably have a couple more years of the misery of being single."