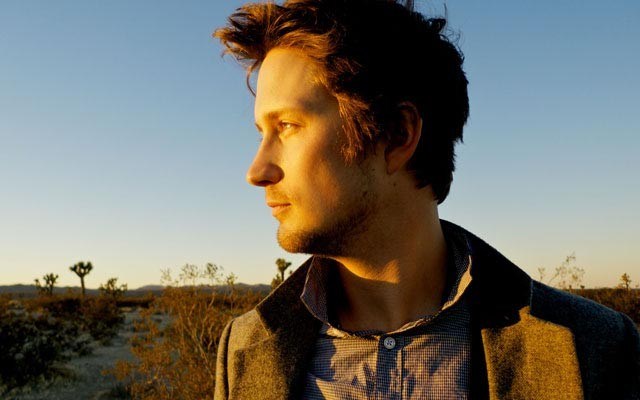 He opens for B.C. country artist Dallas Smith in a Whistler Presents free concert in Whistler Olympic Plaza on Friday, Aug. 29, at 7:30 p.m.

Not a lot of time may have passed since Barber's last performance in Whistler in the spring, but he is in the process of moving to rural Manitoba from his hometown Winnipeg.

"We're moving out to a 60-acre mini ranch at Russell (near the Saskatchewan border)," he says.

He laughs and observes that he is even more country now.

"Other than that I spent the summer fishing after four busy summers with my music," he says, adding that the "Gone Fishing" theme doesn't mean he isn't writing.

"I'm giving myself the time and space to find things to write about. It's hard when you are running from place to place. I'm taking stock and reflecting a bit."

This ends two weeks after Whistler, with a visit to Nashville and a Canadian tour imminent.

"It's coming along and hopefully it will pay off," he says.

The WFF and Creative Women Workshops Association (CWWA) are for the first time collaborating on the Women In the Director's Chair (WIDC) WFF Industry Immersion, offering eight mid-career female screen directors a practicum as part of the WIDC story incubation module.

This session builds on the success of a similar program in Banff, and will be delivered in three parts from November 2014 to January 2015.

In addition to this program, the Women in Film & Television Vancouver (WIFTV) WFF Film Market Preparation Mentorship will return to the festival to provide one executive, professional or associate member of WIFTV the opportunity to attend WFF 2014.

The Alliance of Women Film Journalists (AWFJ) is also returning for the second year to the festival and will be presenting the juried AWFJ EDA Awards to women filmmakers, including Best Female-Directed Narrative Feature and Documentary. The eligible films are being shown as part of the festival.

For more information and to apply, visit whistlerfilmfestival.com.

The 14th annual WFF takes place in Whistler from Dec. 3 to 7

Whistler Arts Council is seeking submissions from photographers and artists whose works reflect the beauty and experiences of the backcountry.

The works selected will be shown in November as part of an exhibition on ski and snowboard culture. Whether a ski helmet customized with painting or illustrations or landscape or photo, all works ski or board inspired are welcomed for submission.

The annual Whistler Exposed Bikini Calendar is launching its search for Miss Whistler Bikini with a contest at Tommy Africa's on Friday, Aug. 29.

The company has expanded its calendars to include Banff, which will launch in October, said director Shannen Carlson in an email.

The calendars are sold in stores across Canada, and have raised $25,000 for Canadian Spinal cord research.

Fourteen calendar models will be at Tommy Africa's. Doors open at 9 p.m., with music by DJs Fidel Cashflow and Nathalie Morel.