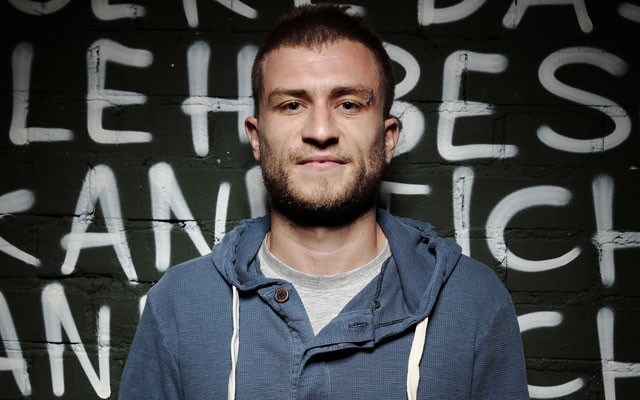 Somewhere in a darkened corner of a Whistler eatery is the world's best sticky toffee pudding.

"It very random. It's the best sticky toffee pudding. I can't even remember the name of the place. It's a really small boutique-kind of little restaurant and it's, like... damn, what's the name of it?" Australian singer-songwriter Dub FX ponders. You can almost hear him scratching his head over the phone.

Damn, indeed. So much for a quick lunchtime visit.

"There's like a Starbucks near it and you go through a little tunnel. There's another little road and then it's this small restaurant. I know exactly where it is," he says.

All the sticky toffee pudding fans might want to stand alongside the beatbox, hip hop, looping and dubstep fanatics, looking for more information, when Dub FX performs at the Garibaldi Lift Company on Monday, Oct. 13. Be there or eat mud pie instead. This is his fourth visit here.

Doing a lot of travelling, as Dub FX is wont to do, it means a lot to him to be able to find these hidden jewels away from home.

"There are lots of things at different places around the world. There are burgers that I keep going back for. In New York there's a place called Bare Burger and I have to go there every time," DubFX says.

"Me and my lady, (Flower Fairy, who performs with him) wherever we go we try to seek out the best organic menus there are. She's gluten free and has been vegan in the past. We're sort of health conscious because we're always on the road. We look for farm-to-table kinds of places."

They even save specific locations on their own Google maps chart.

When the discussion turns to music, it quickly becomes apparent why comfort food is also on his mind.

"We've been touring for seven months already this year. It's very intense and it's hard to stay motivated and to reinvent yourself on stage every night. Being healthy helps you to stay strong," Dub FX says.

Dub FX, a.k.a. Benjamin Stanford, broke out of Melbourne in 2005, first singing with a local band called Twitch.

At the moment, he is touring in support of his album Theory of Harmony, released earlier in 2014. It is his first album in five years.

"There are a lot of new songs in there, a lot of different styles," he says.

"He's helping me because there are a lot of instruments on this album," he says.

"I try not to repeat myself, basically. This is probably the most mature piece I've done to date. I learned a lot over the years about production. It's quite difficult being an independent artist and not having any money coming in from record labels, doing it all by myself."

He is very happy with both the song writing and the way Theory of Harmony plays.

"I'm very proud of this one, compared to the other one. It's a very musical album, very eclectic," Dub FX says.

"I was writing the lyrics and the ideas for the songs over the course of the last five years. I probably had 50 per cent of it in my head and then had about three months to record it."

Prior to this, his last work was with Flower Fairy in 2009. Their effort, Nursery Grimes, is described by Dub FX as a "non-patronizing kids' album."

He says: "It won't drive them crazy, like 'What happened today? There was a fox!' It's more contemporary and the music is adult but the content and the way it's delivered is very child friendly. A lot of nursery rhymes remixed into reggae, hip hop, drum and bass, jungle, dubstep. Everything."

In Theory of Harmony, Dub FX says people have been waiting for something new. Just as well. He was bursting with things to talk about by the time it came out.

"I don't find it difficult to write music. I guess you'd say I like writing songs that are motivational, about being self-reliant. I like promoting the idea of thinking for yourself, not just to consume information by the media or the powers that be. But to ask really hard questions," he says.

"Some people think it's political but it's not at all. I have no interest in politics. It's not something I'm involved with, I've never voted. I don't see that side of society as something that is relevant to me...

"For me, it's more about inspiring people. That's the message I try to make, to inspire people to be the best they can and through that I aspire to be the best I can be."

He's looking forward to bringing that to the resort, in an inspiration-for-sticky-toffee-pudding swap.

"There is always a really great vibe when I come to Whistler. I've only ever been there in the summer. I've never seen the snow on the ground there, which is a bit annoying because I love to snowboard. I may get around this by planning a winter tour around Canada," Dub FX says.