Eoin Finn and science of happiness 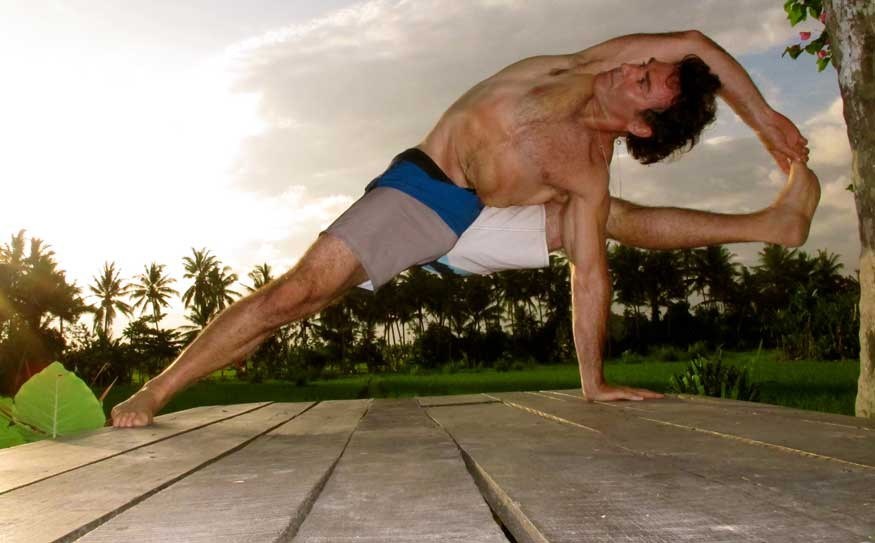 The Roman emperor Marcus Aurelius once wrote: "The art of living is more like wrestling than dancing."

True enough, particularly these days — but according to Eoin Finn, it doesn't have to be this way.

The yoga master, surfer and teacher in 'blissology' — what Finn describes as the science of happiness — says that happiness is ever present in all of us, and when we slow down enough we can find.

The challenge is in actually slowing down.

"That's the great gift of yoga — you get rid of it so much physiologically that your mind follows. The next thing you know, after your third sun salutation, you're like, 'What was I worried about, anyway?'"

This is hardly a radical thought but certainly an appealing one for anyone seeking to improve ones physical and mental well being. This weekend, Wanderlust will descend upon Whistler, in an effort to celebrate that pursuit of heightened well-being. Finn will head four yoga workshops over the weekend, and will take part in a panel discussion on Thursday about the student-teacher relationship.

The Vancouver-born Finn has been a regular fixture at yoga retreats, summits and lectures around the world. He's been featured in media as diverse as the brainy web series TedxTalks and the easily digestible Oprah Magazine. His writing has been published in volumes alongside Deepak Chopra and Ekhart Tolle. Central to each media and lecture appearance has been his core message: Follow your bliss.

This was actually the mantra of American mythologist Joseph Campbell, whom Finn is an avid follower of. During college, he read Campbell's quote, "Follow your bliss and doors will open where once there were walls," and took it very seriously to heart.

"I thought about it long and hard, about what's my bliss, what's my life calling and I realized that the big skill that I had was being happy and lighting up a fire in people's hearts, so that's what I've dedicated my life to," Finn says.

"The whole point is that a lot of people are afraid of that. You know, they're told that they should live a certain life, and I always say the word 'should' starts with 'shhhhh!' telling you to silence it."

Or, rather, quit wrestling already and get dancing.