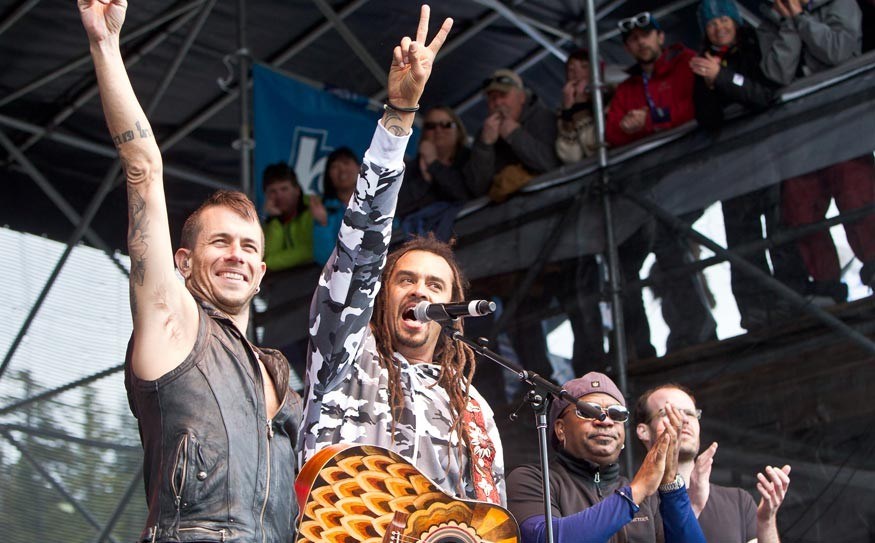 World Ski and Snowboard Festival organizers are working to pin down big name musical acts this year after learning they will have an extra $135,000 in their budget.

Last week, the Resort Municipality of Whistler revealed the festival would receive a cash injection for its free outdoor concert series, running April 12 to 21, as part of its Festivals, Events and Animation funding for 2013. The extra money was especially important to the festival after it lost Telus as its title sponsor last year, says Sue Eckersley, event director of the WSSF.

"What it means is it's going to be a significant increase in what has been in the budget for World Ski and Snowboard Festival," she says. "We're pretty excited about what it's going to look like. We've already started offers on some big names."

Though she remains tight-lipped on the specific artists they've contacted, Eckersley says they hope to announce the lineup March 1.

"We got close to landing a couple things that would've been huge and the money is there, which is exciting," she adds. "It's come down to timing with artists. There's one that will be a coup if we get it — and it's still alive. (The money) is enhancing the lineup all the way through, but there will be three days (during which) it will be obvious we had more money to play with."

While not naming specifics, Eckersley describes their ideal musicians as somewhat family friendly with a large following and ability to draw fans from outside the corridor. In recent years, they've snagged Canadian indie acts like Tokyo Police Club and Black Mountain along with gypsy punk act Gogol Bordello from New York City.

"Our purpose is to drive resort visits in a time that would otherwise be very quiet... Our whole existence is based on (bettering) the community. What can we do with this money to drive the most heads in beds and most traffic into restaurants and bars?" she says.

This was the first year the festival was given the opportunity to apply for FE&A funding because of its spring date, which made it too early to be eligible in past years. For 2013, though, the WSSF received the second largest amount of the $922,000 augmentation funding to enhance programming, behind Ironman, which received $250,000.

The funds will also help keep the festival programming at the level it's been in past years as they try to woo potential sponsors to take the place of Telus. "Honestly, the musical lineup wouldn't have been something I'd be proud of," Eckersley says. "We would've done the best we could, but it wouldn't have been to the calibre we were used to. This is giving us the ability to even be above that calibre."

Still, she adds, they're going to need help to keep it going. "There's no question that Tourism Whistler and Whistler Blackcomb are going to have to make an investment into the festival," she says. "They've been very strong (with) their support saying this event is too important to the community. We're not going to let it fail."