Film fans were keen to stream the Whistler Film Festival

Number of people who attended WFF events this year up slightly, despite pandemic
Jan 14, 2021 9:00 AM By: Alyssa Noel 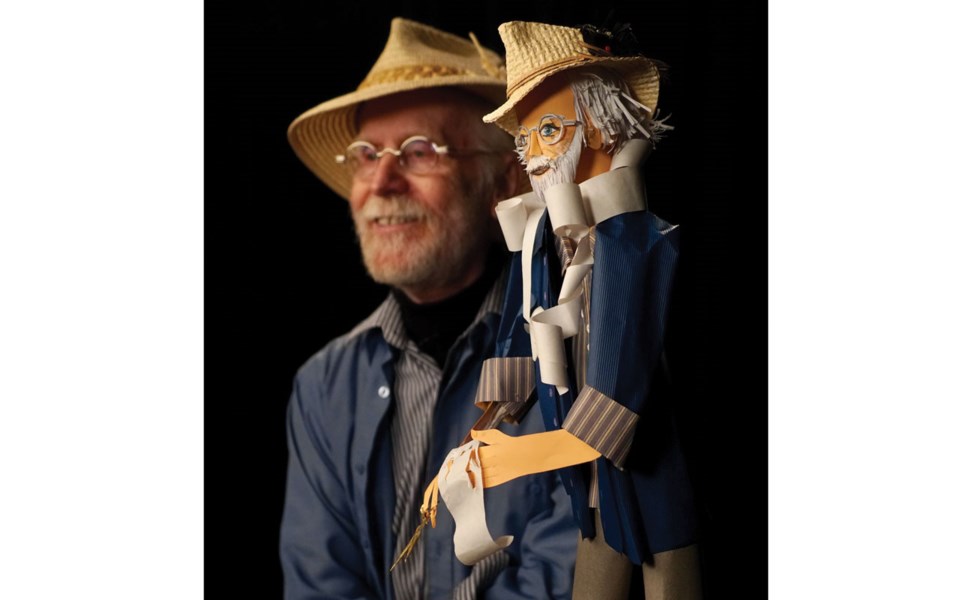 The Paper Man (Lafortune En Papier) won this year’s Audience Award at the WFF. Stream it until Jan. 31. Photo submitted

Someone in the Yukon is a big fan of the Whistler Film Festival (WFF).

With the festival moving online for 2020, it meant film fans from across the country could log in to stream the selection of 97 feature-length and short films.

One person in the Yukon watched a whopping 23 different movies throughout December.

“And those were features,” says Angela Heck, WFF managing director.

However, the majority of viewers—52 per cent—were from B.C. while 30 per cent were in Ontario and Quebec. The remaining 18 per cent were spread across the country.

“Obviously the regional films were of interest to people in those regions, but they were engaged with the slate overall,” Heck says. “It was nothing too surprising, but very encouraging given that we’re in the middle of a pandemic. What it really shows is the community support was strong.”

The numbers, overall, were strong too, especially given the challenging circumstances.

The festival saw 13,952 attendees across its film, special events, and industry events—up overall by 13 per cent. That added up to 50,000 streams.

While numbers were down slightly on the industry side, (“which is to be expected,” Heck says. “People go to network”) the increase of film viewers made up for it.

The numbers broke down to 9,730 film-screening attendees, 2,273 special event attendees, and 1,100 people taking part in the Content Summit. The talent program attracted 150 people, including 55 participants, 24 faculty, and 71 guests. There were also 699 delegates.

For her part, the new online format meant that Heck actually got to enjoy some of the films during the festival this year.

“The biggest highlight was being able to see the films at my leisure,” she says. “Having that kind of breathing space to enjoy the festival was really great.”

Not surprisingly, viewership spiked for films that were handed awards at the annual ceremony on Sunday, Dec. 20.

“When you’ve completed Netflix, you want someone to tell you what’s good and new and noteworthy,” Heck jokes.

One award, however, wasn’t announced until Dec. 28, leaving latecomers just three days to stream it before the festival ended at the end of December. The Paper Man (Lafortune En Papier), directed by journalist Tanya Lapointe, received the festival’s Audience Award. The film looks at Quebec’s version of Mr. Rogers, Claude Lafortune, and “brought his inspirational story and beautiful sculptures to life,” according to a release.

“Because we have a nimble team, we’re able to respond to the current situation. There is an opportunity to show the audience winner and give people that extended window,” Heck says.

To that end, The Paper Man will be available to stream for $12 on whistlerfilmfestival.com until Jan. 31.

The odd edition—which marked the festival’s 20th year—set the team up well to prepare for 2021. At this point, it could be in-person, online, or some combination of the two.

“We now have tested things, like a drive-in, and understand the process required for an online film festival, so should the circumstances require us to do that—which they do in the short-term obviously—we’re really well equipped to continue that,” Heck says.

One goal they do have set for the coming year is to host more programming throughout 2021.

“We’re done with the festival, but it doesn’t mean we’re going to sleep—OK, maybe for the weekend,” Heck says with a laugh. “Plans are already underway for events throughout the year—and for next year. We do want to have more programming throughout the year.”