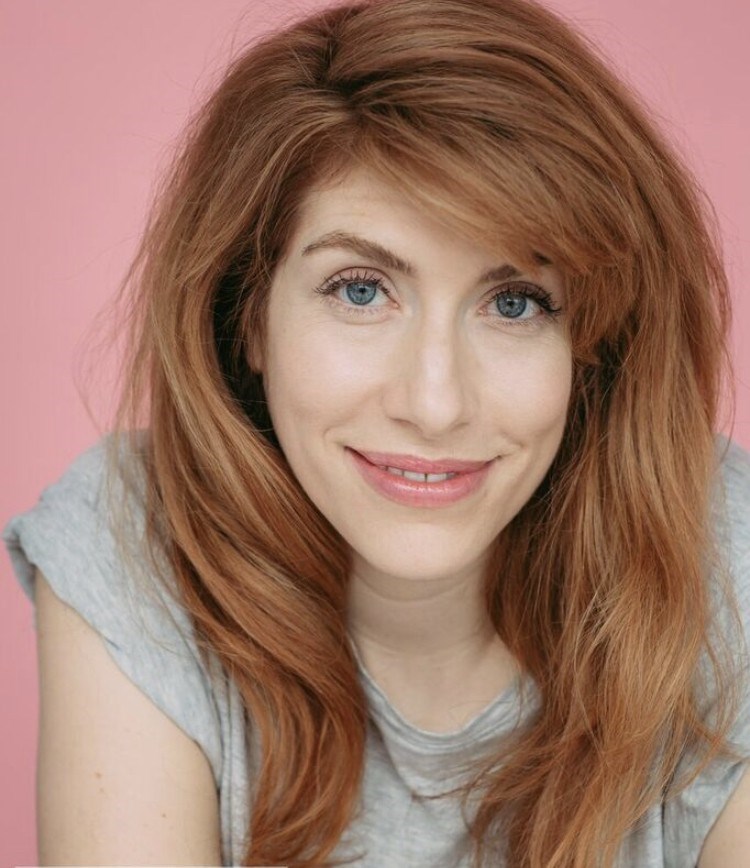 Leah Juel, who grew up in Whistler, stars in Animal Behaviour, a short animation nominated for an Oscar. Photo submitted

Can you guess how old I am?"

Leah Juel poses this question over the phone from Hawaii where she's escaped the unseasonably cold Vancouver temperatures.

I've seen her photo on IMDB and read a substantial list of animated productions she's been in, but hearing her unusually high-pitched, whimsical voice over the phone, I'm at a loss to answer.

"I'm 33," she says before describing how, until she got rid of her landline, telemarketers would ask her if her parents were home. (She would often play along.)

That unique voice has come in handy. The Whistler-raised voice actress has been in several episodes of animations like Starship Operators and the Trollz TV series. But more recently, she's played the role of Lorraine, an anxiety-ridden leech, in the short animation Animal Behaviour.

That production, written and directed by husband-and-wife duo David Fine and Alison Snowden, is up for an Oscar in the Short Film Animated category on Sunday, Feb. 24.

"I feel like Animal Behaviour is something really different," Juel says. "There's a lot more dialogue in this short film. Usually there's more silence and a lot less conversation going on ... It's very different and I think that will give it a good shot."

Clocking in at just over 14 minutes, the film is about a group of animals in a therapy session discussing their—very human—issues when an angry ape named Victor joins them and throws the session into chaos.

For her part, Juel tapped into her own struggles with anxiety to play Lorraine, who not only has to breathe into a tiny paper bag, but also gets wedged up Victor's rear end. "I could really relate to Lorraine as well because I do have anxiety and that's something I struggled with in high school," she says. "I knew exactly what a panic attack felt like. I think that's why I got the part."

Juel first got her start in acting as a student at Myrtle Philip Community School when the touring Missoula Children's Theatre came to town. "I must've been seven or eight," she says. "I found a love for theatre and acting at a young age even though I was shy."

Despite her mountain surroundings, Juel was not interested in ski racing. Instead, she was drawn further into the small, local theatre scene in high school. "After that I got involved in acting classes," she says. "People who heard my voice were like, 'Have you ever done voice acting?' I always loved animation so much. When I finally realized that voice acting could be a thing I was so excited about it. I love it way more than any other kind of acting."

After a short stint in L.A., followed by a longer move to Toronto where she studied children's television and production, Juel found herself back in Vancouver where she became a dental assistant.

"While I was doing that, I started to audition for voiceover (parts) again," she says. "That's when I got Animal Behaviour."

As a huge fan of Fine and Snowden's previous work—including Bob and Margaret—Juel was thrilled when she landed the role.

"They wanted to have the (actors') natural voices as much as possible for the characters," she says. "(David Fine) was like, 'Where did you come from?' Because he hadn't heard of me before."

After recording her part, Juel anxiously waited to hear more about when the film would be released. "A couple years went by and I thought, 'They must've recast it or decided not to make it,'" she says.

It turned out Snowden had contracted a life-threatening lung infection and had to undergo surgery. With the couple animating and directing the production, it was essentially brought to a halt while she recovered.

"Dave sent us an email about what had been going on," Juel says. "He told us he was going to start submitting the film for all these film festivals."

From there, Animal Behaviour travelled to festivals in Croatia, France and Brazil, and also screened at the Toronto International Film Festival. "Then we found out we got an Oscar nomination," Juel says. "It's been crazy (going from) not knowing what was going on with it to seeing where it's gone. To get to be part of something like this is really exciting."

While the nomination has been exciting, the film itself has helped Juel launch her voice-acting career.

"I stopped working at the dental office," she says. "It's been moving in an exciting direction ever since I did this film. You know when you're younger and you have ideas and goals for your path, but you get off of that? If things keep drawing you back, it's important to stick with them."