From Bach to Beatles 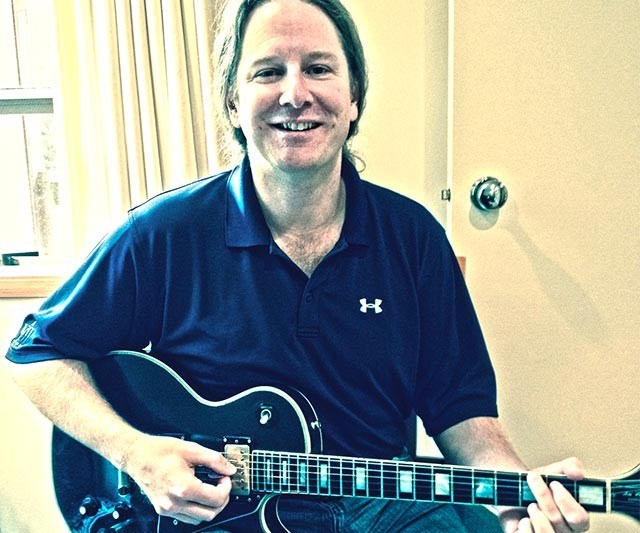 It's funny the way certain types of new beginnings commence in the fall rather than in the spring or on New Year's Day.

These new beginnings tend to be education related. With school and university come other forms of learning and self-improvement, it seems.

Take Whistler guitar teacher M.J. Mullin, with his fall intake heating up. He arrived in Whistler two years ago after a previous visit to the resort mesmerized him. Luckily, he is part of that creative army who can do their jobs anywhere.

"I came here for the first time in 2006 and it's the same tale for so many people, it just changed everything," he says.

"And we spent the next few years trying to figure out how to move here and when. We finally decided that if we were going to wait for all the planets to line up, we would be 90 years old."

With 10,000 residents and two million visitors, Whistler was a bit of a new experience for Mullin, who had moved here with his partner from Prince Edward Island.

How do the two markets compare?

"The live music scene here is more vibrant, which is great. There are opportunities to play here seven days a week, if you want to. There wouldn't be those same performance opportunities back in P.E.I.," says Mullin, who is also a guitarist with Whistler rock and blues band Black Train.

"But in terms of the teaching demographic and students, it's very similar in that some people want to become very, very accomplished guitar players. The majority of people have just always wanted to learn. They want to be able to play a few of their songs at a party, a campfire or even as therapy after a bad day at work.

"The variety of people and goals is very similar."

Mullin has been teaching full time for over 20 years and prior to that he was part time for two years, so he has a sense of what is universal when it comes to most music students. He graduated from the music program at the University of Prince Edward Island in Charlottetown, and later taught there.

When asked how many students he currently has, he says he tries not to count.

"I don't know. I'm often asked and I can tell you that over 20 years, I've never known the total number," he says. "I'm really busy. I'm a little superstitious about counting because I figure that as soon as I know that I have 45 students, I will get a dropout and that'll mean I have 44. I'm busy enough to do it full time, four days a week."

He starts in the early afternoon and goes until 9 p.m. The students are all ages, all styles and levels of experience.

"My youngest student right now just turned five years old. Currently, my oldest student is in his 60s, although I have taught people up to 95 years old," he says.

And what's it like to teach a five year old, compared to a 95 year old?

"It's fun. Every age, every level of experience brings its own unique challenges, for lack of a better term. Every hour, every half hour, I'm changing gears — a five-year-old, to a 14-year-old, to a 60-year-old and back to a 22-year-old — the day flies by," Mullin says.

"I'm doing Twinkle, Twinkle Little Star and then I'm doing a Bach song with somebody who's studying classical guitar. Then it's a Beatles song followed by an AC/DC song."

Generally, vacationing guests to Whistler do not call Mullin. He had considered offering his services via the hotels in the resort, but ended up never needing to because he was too busy. He has drawn more students from seasonal workers and visitors and has now been in the resort long enough for word-of-mouth to really have an impact.

"There might be someone who spends most of their year in Mexico and then comes up here for the summer for the mountain biking, things like that," he says.

"I'm very, very busy with my own long-term private students. I would welcome vacationing people to contact me, but I haven't needed to do it myself."

Along with teaching and rock bands, Mullin also performs classical guitar at events and weddings. Being versatile definitely helps him fill every moment of the day with music.

"I'm very busy that way. There's that old saying, 'Those who can, do. Those who can't, teach.' I do both. I'm still out there doing it and I love it, plus I'm able to pass on my experience to my students," Mullin says.