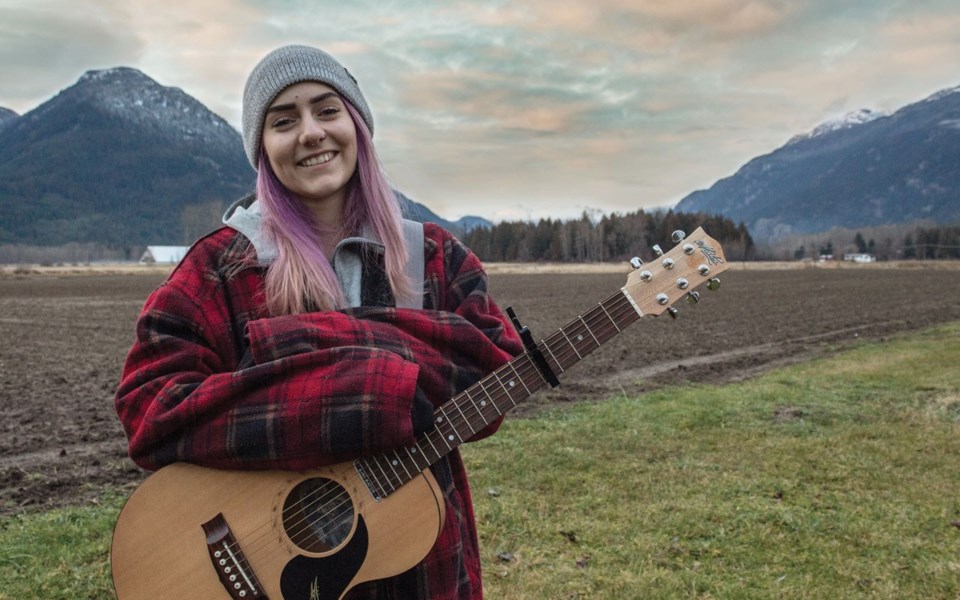 by george Pemberton musician George has a busy December ahead with gigs booked around Whistler. PHOTO submitted

For one, the Australian musician bypassed Whistler all together when she moved to the Sea to Sky corridor last year and landed in Pemberton instead. "My brother was in Pemberton and I went straight there," Dacheff says. "I was able to sleep on his couch until I found a place."

Her brother might have returned to Australia, but the shine of Pemby hasn't worn off yet. "It's great," she adds. "It's really peaceful. Whistler is go-go-go, but living in Pemberton, there are heaps of musicians here and we get to play music. We're trying to organize more events in town."

Dacheff also earns points for originality in the type of music she plays. When she's not working away on her original singer-songwriter offerings, she likes to pick covers that are too new to be classics and too old to be contemporary hits.

Think "Iris" by the Goo Goo Dolls or Blackstreet's "No Diggity."

"It's completely in the middle," she says. "I love throwing people off by chucking in an old song ... I try and play songs people know and put my own spin on it."

But Dacheff has an arsenal of original songs as well. While she only started teaching herself guitar around three years ago, she's been singing all her life. Coming from a musical family, she grew up on everything from Neil Diamond to AC/DC.

"I never liked listening to radio music at all," she says. "I find more happiness in the people who are trying to make (music). I find their songs are more meaningful and their songs have more heart to it."

To that end, when she arrived in the corridor, Dacheff quickly met other local musicians while making the rounds at Whistler open mic nights. That was how she wound up competing in the 2017 Whistler Music Search at The Crystal Lounge.

While she didn't make it to the finals that year, at this year's competition she wound up battling for top spot as the wildcard pick. "It was pretty cool and getting to meet all the talented musicians, I love being able to meet everyone like that," she says.

It wasn't her first time competing though. Back home in Perth, Dacheff wound up winning first place in a similar music competition. "It was a competition at an open mic night," she says. "I ended up on TV and radio back home."

The impact of her local win, though, has meant more bars and venues have been booking her for gigs, ranging from Brickworks to the Alpine Café and Cranked Espresso Bar.

"It's definitely given me more opportunities," she says. "I want to keep doing it. I've been trying to reach out to as many places as I can to see if they want me to play."

With a busy December ahead, Dacheff experienced one other win last week. Facebook finally let her change her name from "Georgina" to "George."

"It's been my nickname since I was young," she says. "Let's keep it simple for everyone."

On top of that, she plans to perform as much as possible before her visa runs out in September. "I'll try to spread the love and music as much as I can," she says.

For more, find her on Facebook at George Dacheff Music.