Geekenders return to Whistler with Love in Alderaan Places 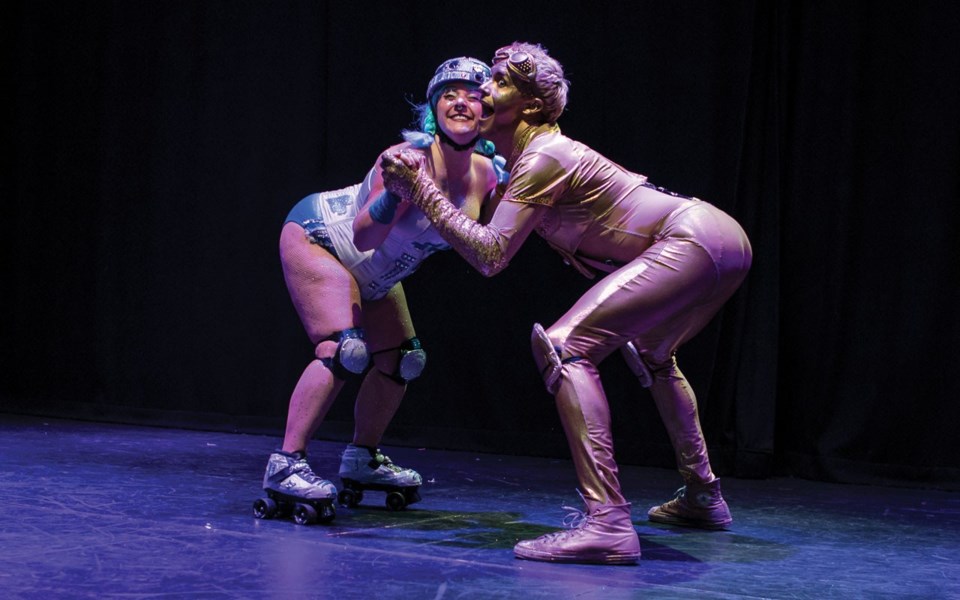 "Last year was a lot," says Erin Foster (a.k.a. Kitty Glitter) who serves as one of the artistic directors of the "geeky theatrical and performance troupe," while also performing in and producing shows. "We're going to focus on doing [fewer] shows this year, but bigger productions."

That will include collaborating with The Fab Fourever, a Beatles tribute band, and a Marvel-themed burlesque show, to name a couple.

Part of the reason they're able to pare back productions to focus on just a few is their popularity. While there are plenty of burlesque troupes in Vancouver, Geekenders brings performers of all genders, sizes, and sexualities to the stage to put on variety shows and full-length productions where they can indulge their nerdy side.

"I loved doing burlesque and getting to enjoy the body positivity from it all and the confidence that grows from people cheering for you when you get on stage, no matter what size you are," Foster says. "And there's the nerd factor. You get to relate to people in a different way."

For her part, Foster first saw the troupe perform back in 2015 after she won tickets online to their production of A Nude Hope.

"That was lucky," she says. "From there, I was like, 'This looks like fun.' I wanted to be involved."

So she turned up for their next audition, a Jurassic Park musical parody. "They had tap-dancing dinosaurs, which sounded like a dream to me," she says.

She was brought on board for that show, but it wasn't until the group's Star Wars Variety Show—similar to Love in Alderaan Places, which they will bring to Whistler on Jan. 18—that she did her first solo.

Fairlith Harvey, the group's founder, suggested she perform as an Ewok since she already had the costume.

"I love watching classic burlesque—the fan dances and stunning beaded gowns, etc., but nurdlesque is fun because you get to watch the story happen and see your favourite beloved characters do funny things." Next up, about 12 performers will be travelling up the Sea to Sky Highway for their Star Wars-themed variety show. The good news is even if you've caught it before, no two variety shows are the same.

The group recruits new performers for each show and they pitch their characters, songs, and performances, Foster explains.

"We review all the pitches and cast from there," she says. "We try to do at least one or two new performers per show."

In Whistler, the characters will include Kylo Ren, some stormtroopers—and rhinestone-covered helmets that took 14 hours each to make—as well as Darth Vader—though she doesn't want to give too much away.

"A fun thing we like to say is our performances are flattery-operated," she says. "If you see something you like, cheer loud. This show is all about letting it all go and screaming and cheering and enjoying all different shapes and sizes of bodies. Seeing people you can relate to up there makes you feel a little more confident too."

Catch Arts Whistler Live! Love in Alderaan Places on Jan. 18 at the Maury Young Arts Centre. Tickets are $15 in advance or $20 on the day of the show.