Get stoked for winter

Ski and snowboard film premiere scene is upon us with three new flicks screening this month
Oct 11, 2019 2:00 AM By: Alyssa Noel 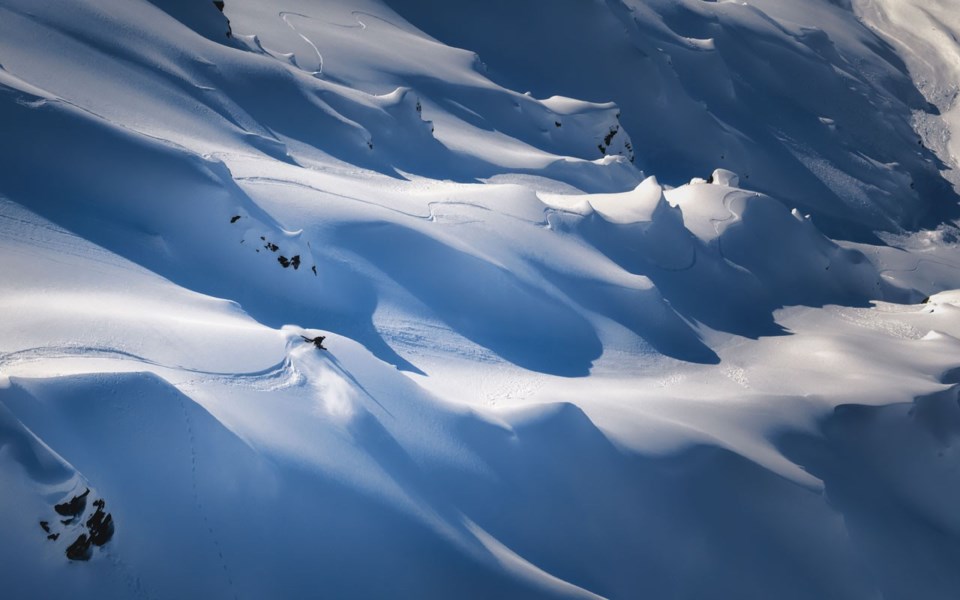 SNOW SHOW A scene in Alaska from TGR’s Winterland, screening in Whistler on Oct. 19. Photo by Nic Alegre

The snowline is creeping down the mountains, dead-season dinner deals are in full swing, and the forecast is jam-packed with rain.

That can only mean ... well, one of several things (fall, sober October, cabin fever, to name just a few), but we're focusing on the hype machine that is ski and snowboard film premiere season.

This month, three new films are hitting the big screen at the Maury Young Arts Centre, and we've got the details to help you decide which will get you most stoked for the winter ahead.

If you've been following Level 1 Production's annual freeski films for the last two decades, you'll want to catch this one.

Romance will officially be the company's final film. Featuring a slew of athletes from Laurent De Martin to KC Deane and Wiley Miller, the film was shot in locations around the U.S., in Sweden, Finland, Switzerland, Sarajevo, and here in Canada.

"With 20 years in the rear view mirror it still stands true—new things never get old," reads the film's description. "Romance, the final chapter of annual films by Level 1, captures a modern-day Golden Age in skiing."

Snowboarder Charles Reid reached out to local director/editor/photographer Ryan Kenny to make this one. Kenny said yes because "Charles Reid is one hard-working SOB, and had the best season of his life."

It's packed with talent that, alongside Reid, includes Jamie Anderson, Darcy Sharpe, Ryan Paterson, and Dustin Craven. The group visits Revelstoke, Alaska and, of course, hits the hometown mountains in Whistler as well.

Turns out, the process was enough to give Kenny a bit of a panic attack. "Charles hired me without knowing me, and on our first day, I had an anxiety attack while sledding through avalanche alley and, after shaking, vomiting, and getting stuck multiple times, Charles continued to help me," Kenny says in an email. "Because he was so supportive, we got through the season."

Emerging on the other side, Kenny advises viewers to keep an eye out for his favourite shot: Reid landing a BS double 1080 "on his second try in the Whistler segment."

TGR is billing their 2019 film as a real doozy. Winterland is the follow-up to 2018's Far Out and it's "the best action we've ever captured," says Jon Klaczkiewicz, head of production at TGR, in a release.

While at its roots it's a "celebration of ski and snowboard culture," the film features 23 of the biggest names in freeskiing and snowboarding.

"It's important to the more experienced athletes to share our experiences with the younger athletes in the film, because you're connecting with a whole new generation exposed to these places," Durtschi, who's appearing in his eighth TGR film, says in the release. "And it's just fun to be in the mountains with these athletes—they inject new energy into the action and offer fresh perspectives, and hopefully that comes across in the film."

For this film, the crew travels to Norway, Alaska, Wyoming, Austria, and, of course, British Columbia too.

While we're focusing on October films for this story, mark your calendars for another TGR film called Roadless, screening at the Maury Young Arts Centre on Nov. 9. That snowboard film will see Jeremy Jones, Travis Rice, and Bryan Iguchi travel through remote terrain in the U.S.