Get to know the real Bob Saget 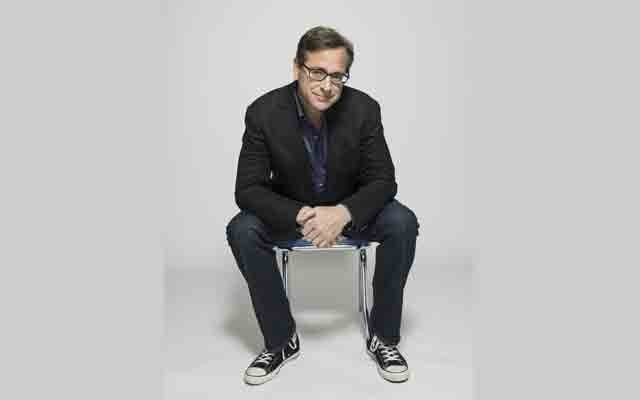 IT'S A DIRTY JOB Comedian, actor and director Bob Saget processes his personal tragedies in the new memoir, Dirty Daddy. He appears at the Pemberton Music Festival July 19. Photo by Natalie Brasington

As grateful as he is for the role that launched his career into the mainstream, Bob Saget doesn't really think the wholesome character he played on the popular '90s sitcom, Full House, would be that much fun to hang out with.

"Danny Tanner's such a nice guy, but who wants to be around nice people?" Saget asks of the single dad he portrayed on the show. "He needed meds and about nine more levels of human dimension."

In one way or another, Saget has been living in the shadow cast by Danny Tanner since the beloved family series went off the air in 1995. Between Full House and his eight-year stint hosting America's Funniest Home Videos, the public painted the comedian as no different from the chaste, virtuous persona he embodied on TV.

It's an association he still finds himself shaking off two decades later.

"The funniest thing that's happened in the past 25 years is people going, 'Why are you like this now?'" he laughs.

"If I look at Twitter and Instagram, they're going 'But you're Danny Tanner! How can you talk like this?'... People don't know what acting is and they think that I just was that guy, that I would just come home and DustBust and clean.

Despite working in stand-up since he was a teenager, the first introduction for many to Saget's brand of foul-mouthed humour came in his now infamous appearance in the 2005 documentary, The Aristocrats, which explored a crude anti-joke that has become something of a secret handshake among comics.

Saget's telling of the joke, largely improvised, is remembered for being exceptionally filthy, but he insists it wasn't done for shock value or to rail against his Puritan public image.

"I did it because I was like a nine-year-old being told he can play again," Saget muses, although he admits to wrestling with the decision to put it out in the world.

"I wouldn't even sign the release for it initially. They showed my portion of the movie and I just couldn't stop laughing with my hands over my eyes. I turned to my manager and said, 'Do we do this?'"

It wasn't that Saget was uncomfortable with the joke — he's been known in comedy circles for years as the guy who takes things a step too far — but he felt a certain responsibility to the thousands of fans who only knew him as Danny Tanner.

"I didn't have a family image to protect, but I had the moral code of, 'Oh wait, all these kids know me as a dad' and I did process that responsibility," he says. "But you wouldn't know I had that responsibility on my HBO special, That Ain't Right. I said f--k so many times that Don Rickles came up to me and slapped me in the face. He said, 'I saw your special last night. It was very good but you left out two f--ks.'"

At 58, Saget says he's more comfortable in his own skin than ever before, thanks in part to therapy and simply getting older.

"My humanness has changed," he says. "I've just grown up a lot."

He's experienced more tragedy in his lifetime than most — his two sisters passed away at a young age, while his mother died earlier this year — and admits comedy has always been a refuge.

"I wouldn't have even turned to comedy if it hadn't been a lifetime of such strange happenings," he reflects.

"I was 17 when I started to do stand-up — I didn't think I'd be a stand-up but I won some radio contest — and then people I was related to started dying. I really just went on autopilot, which was part denial and part trying to get out of the sadness by doing humour of some kind."

But recently Saget turned to another confessional outlet to process his pain, his memoir, Dirty Daddy, admitting stand-up isn't always the appropriate forum for emotional catharsis — like the time he broke down onstage talking about the recent death of his father during the filming of his 2007 special.

"The thing that's so great about being able to write a book is that people who read it and have seen my stand-up will understand me as a person," he says.

"The idea of the book is you pick up the phone and say 'hello,' and then I talk for seven hours. It's a long conversation and a well thought-out one, and that was my intention with the book: that people would feel like, 'Oh, this explains so much. That poor bastard!' or 'Poor us that we just read that.'"

Dirty Daddy is in stores now.

Saget will be appearing on the Laugh Camp stage of the Pemberton Music Festival on Saturday, July 19 at 7 p.m.