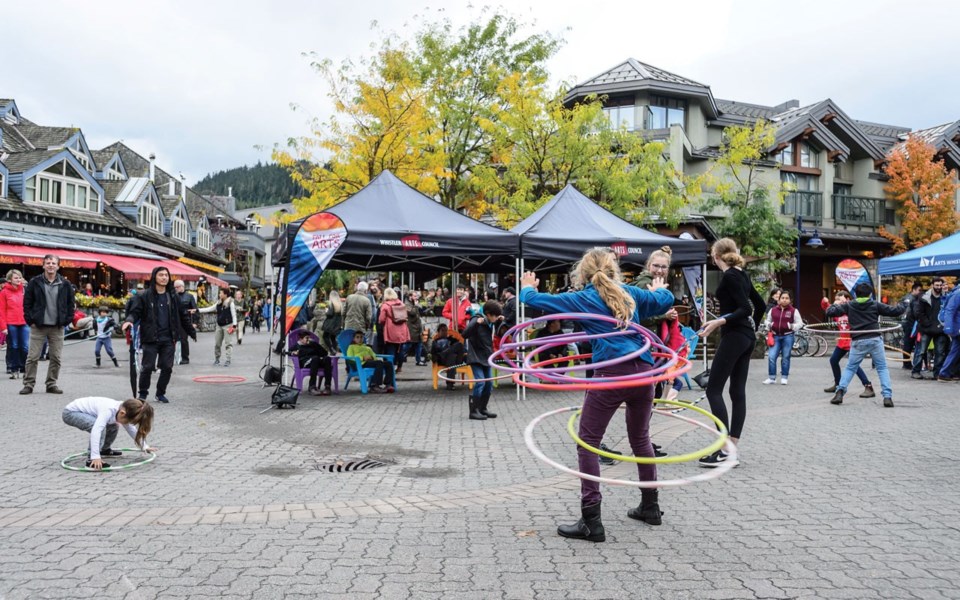 The Hear and Now Festival is back to showcase Sea to Sky bands and musicians for a fourth year. Photo by Scott Brammer

You might not recognize the names of some of the bands playing the Hear and Now Festival, but you will probably recognize the musicians in those bands.

Heading into its fourth year, organizers decided that if a band has played the festival for two consecutive years, it has to take a year off to allow for a more varied festival roster.

As a result, local musicians took the opportunity to form new bands that are now set to debut at the event on Sept. 21 and 22.

"This year, there's brand new acts," says Mo Douglas, executive director at Arts Whistler, the organization putting on the festival. "Some that are brand new to Whistler, some that are musicians putting together little projects."

One example is the DEAD MILLENIALS. That all-caps band is made up of six Whistler musicians, with some members from Whistler's longest-running bands like Marble Canyon, Red Chair and Brother Twang.

"The DEAD MILLENIALS came together to celebrate our shared love of music that differs from what we do in our regular bands ... a bit more grooving—a lot more edge ... and a ton of attitude," the description reads.

The festival's intention has been to showcase musicians from the Sea to Sky corridor, but inadvertently it's spawned entirely new acts.

"If it becomes, 'Hey, we could throw this together and test it out at Hear and Now—perfect!" Douglas says. "Locals get to see a different perspective on the guys they get to see out at the bar."

The two-day festival takes place in Village Square with 18 bands and musicians playing hourly (though some are sharing shorter sets) from 11 a.m. until 7 p.m.

"It's a really fun mix," Douglas says. "You'll see that in the schedule each day. There's everything from rock to alt-country and all points in between. Jazz and soul are big this year too."

The festival takes place rain or shine, and generally sees visitors and locals alike stopping by to take in a few sets. "More locals definitely talk about coming to see it," Douglas says. "They might have specific times they want to [come out]. With visitors, it's more of a flow-through. They ask one of our Arts Whistler team members, 'What is this?' and, boom, they sit down. People will stick around for one or two sets and I'll see people circle back one or two hours later."

Also this year, they've moved the final set back an hour early—both to accommodate the play Arts Whistler is hosting in the Maury Young Arts Centre and because the evenings are starting to get colder.

"Throw on a sweater, or a rain jacket if it's raining," Douglas says. "We'll be out there."