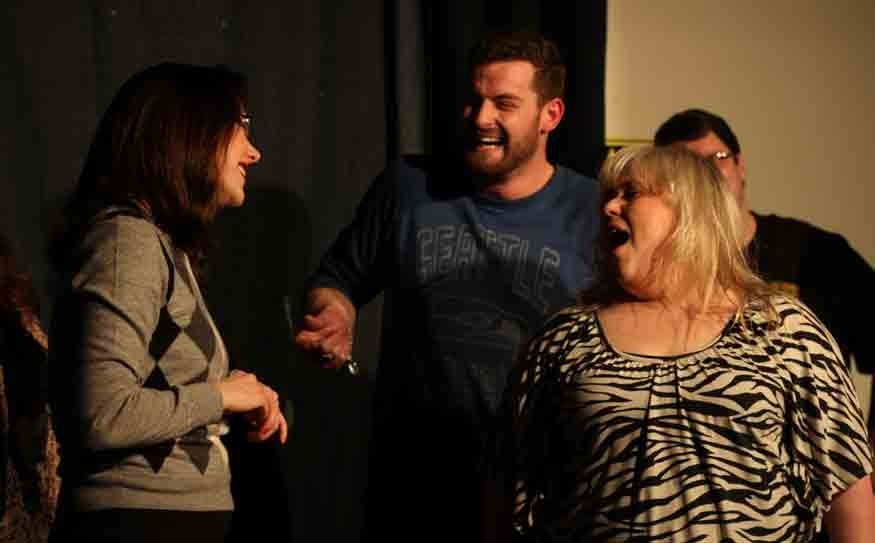 improv comedy The Fictionals come to Whistler to crack up crowds at Dusty's on Friday. Photo submitted

Daniel Chai, co-founder and director at Vancouver improv collective The Fictionals, explains: "The Harlem Shake, from what I can tell, is a viral YouTube phenomenon that somehow turned into this worldwide fun dance craze. Something like 'Gangham Style.'"

Chai was prepping to present his group's own version of the dance that night at their Vancouver show. True-to-form, there would be no rehearsal. "Essentially, we're going to be doing our live show then, all of a sudden, for whatever reason we break into this dance," he says. "This struck me as inspiration in the last 24 hours, so there's no planning. We have a very talented videographer friend and we're spreading the word to people coming to the show, but other than that, there's no planning. Just bring down fun costumes and props and let's see what happens."

After three years regularly performing improv, stand-up, music, burlesque and theatre with a rotating cast at their own shows and as part of Vancouver TheatreSports, Second Storey Theatre and The Bobbers, the group is pretty quick on their feet. "There have been people who have moved to travel around the world. There have been people who have changed focus on their performing arts careers. We've had some people move on, but we've also had some talented people join us in the last year," Chai says. "We're a motley crew of performers."

Performing around Vancouver and Seattle, the group is making their way to Whistler for the first time to perform as part of the Creative 5 Eclectic's show Feb. 22 and help mark the cabaret arts showcase's two-year anniversary. "We're looking forward to coming up to Whistler for the first time and we're excited to meet some of the great people we know in our mountain neighbour to the north," he adds.

Whistler musician and comedian Aude Ray will join six of the group's members for the show. "We will be playing crowd favourites that people who have seen improv before or are new to improve will be able to enjoy," Chai says. "We hope to pull a few different comedy tricks from our sleeves."

They might be new to the corridor, but as Chai has learned, they're well known around Vancouver.

His strangest encounter as a "minor local celebrity?" He was showing an apartment his dad was renting out when a potential tenant recognized him. "It turns out he had come to see a Fictionals' comedy show six months before he rented the apartment," he says. "(Comedy) helped get a tenant for my dad. I've yet to autograph any body parts, but I'm looking forward to when that happens."