Performers to include Kevin Eubanks, Spyro Gyro and Oliver Jones
Apr 8, 2011 7:59 AM By: Stephen Smysnuik 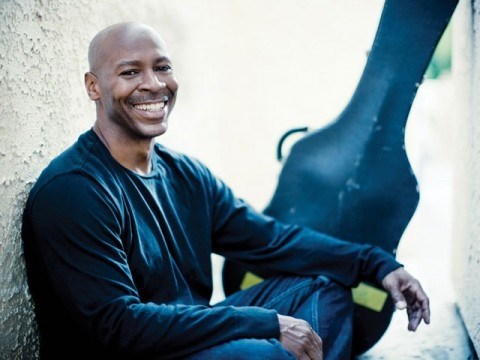 Details for the Jazz on the Mountain at Whistler festival are rolling out and the crowds won't have to be aficionados to enjoy the weekend.

Festival founder and organizer Arnold Schwisberg says the festival's lineup will appeal to a range of musical sensibilities, from jazz purists to jazz newbies.

"Whether you're new to jazz ... whether you're an established jazz aficionado or you just want to come enjoy a spectacular experience with a great festival atmosphere, come on down," Schwisberg says.

The festival will be held over the Labour Day weekend, from Sept. 2 to 4. The entire programming has yet to be finalized but confirmed performers include Spyro Gyra, The Rippingtons, Oliver Jones, Gary Burton, guitarists Stanley Jordan, Russ Freeman and Jay Leno's former sidekick Kevin Eubanks, who will be the festival's musician-in-residence.

The festival will include a combination of ticketed events and free programming, including concerts at Village Square. The Whistler Arts Council in conjunction with jazz festival organizers will put on a street festival as well.

An Acoustic Jazz Series will be sponsored by North Shore Credit Union and held for free at their Village Stroll branch.

"If you're lucky enough to get one of those tickets, I can pretty much guarantee one of the most virtuosic performances you'll ever see in your life and your jaw will be on the floor for the better part of an hour and a half," Schwisberg says.

A Master Class series - a sort of all-star jazz school for anyone who wants to purchase tickets and participate -featuring the aforementioned guitarists along with three top Canadian jazz educators will also be held.

A late-night component is currently in the works with local clubs and pubs - because late-night jazz is as great a pairing a saxophone and a reed- but that has not yet been finalized.

"That hasn't really gelled sufficiently enough for me to say anything definitive about," Schwisberg says.

A lawyer by trade, Schwisberg has been involved in jazz since his youth, first on the radio during his 20s, then later producing over 35 jazz records for Universal Music. He also helped to develop the Montreal Jazz Festival and Toronto Jazz Festival. When he came to Whistler for the first time in April 2004, he found immense potential in the layout of the Village to host a jazz festival of its own.

"I was struck by how this was possibly the best-designed pedestrian space I had seen in my life, and what an amazing place for a jazz festival," he says.

Schwisberg spent the next few years researching the town and sussing out the appetite for a jazz festival. In 2009, the municipality gave him the green light to pursue his plan, and in August 2010 he presented his plan to the six major stakeholders in town. After an enthusiastic response, he says the real work started to create a unique festival experience for Whistler.

Doti Niedermeyer, executive director of the Whistler Arts Council, says that Schwisberg is exactly the right person to bring this festival to Whistler, because he's a dedicated jazz fan. The success of any festival is dependent on the expertise and commitment of its organizers.

"Festivals have to grow from a passion and an understanding of what it is that you're programming," Niedermeyer says. "All good festivals have been created by someone with a passion for the art form, be it French theatre, jazz or folk."

She says that any cultural programming is good for Whistler and a jazz festival in particular will be very beneficial.

"What it has done for Montreal and Vancouver is massive in terms of audiences and the way it drives traffic," she says.

Arlene Schieven, vice president of marketing at Tourism Whistler, says occupancy for the Labour Day weekend is typically around 70 to 75 per cent but that should see a boost thanks to the festival.

While Schieven couldn't say how much of an increase there might be she says the experience will be an "incredible value added opportunity" for those who would have come to Whistler anyway.

"The organizer has his own targets around visitors but with a first-time event it's hard to say until you've had one under your belt," says Schieven.

Just whom exactly this festival will attract and where they will visit from is difficult to predict. Schieven says the 2008 Pemberton Music Festival experience showed that occupancy can be driven by the line-up of entertainers - that's a major factor when people make their travel plans.

"The first influencer was the performer and the second was the destination, so I think we'll get both," she says.

"They'll say, 'Great, what a great time to come to Whistler, there's this extra event,' but other people will want to see the performers."

Many in the corridor and beyond were disappointed when the Pemberton Music Festival failed to become an annual event.

Schwisberg says the organizers are "absolutely" committed to bringing the jazz festival back every year. They're not going through all the hours of work, the negotiations with local stakeholders, hair pulling over licensing and wrangling artists, not to mention missing out on ski days just to create a one-off event, he says.

Whistler needs to boost it's cultural line-up to match its on-going world class sports offerings, and while the Cultural Tourism Development Strategy is a step in the right direction, it's clear that the town needs actual programming like an annual jazz festival to help it earn that reputation.

"Whistler can and should be positioned as a cultural destination as well as a sports destination," says Schwisberg.