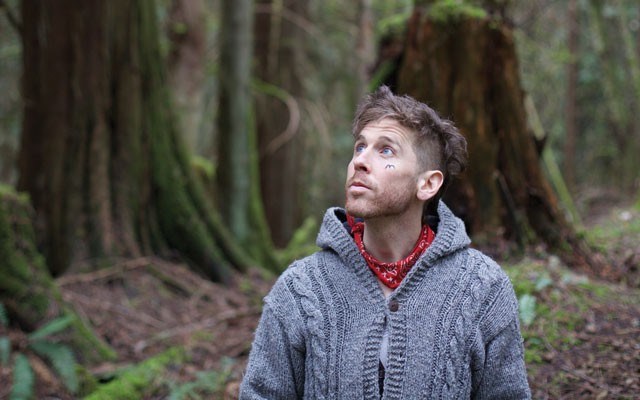 Snowdragons, a 2016 album released by Whistler musician Jesse Thom, was named one of the Top 10 Folk Albums by Canadian artists for 2016 by Folk Radio UK.

"It's amazing. In a sense, I have a bigger audience in the U.K. than I do in Canada," Thom says.

"Immediately following the album's release I went there to tour. I've been getting a lot of orders from the U.K. It's like throwing wet napkins at a wall and waiting for one to stick, you just go with the energy. You knock on a lot of doors and the one that opens, that becomes your choice."

Thom says the interest in the U.K. has now bounced back to Canada.

"Now I'm in the running for the Best Album of the Year for the Vancouver Island Music Awards," Thom says, adding he is based in both Victoria and Whistler at the moment.

Thom's next appearance is on the Village Stroll performing for children as part of the Whistler Après on Wednesday, Feb. 8.

A new edition of his book and multimedia project for kids, Some Bunny Loves You, is due to be released in April.

There are also free family events from noon to 5 p.m., including snow sculpting and ice-carving competitions, a donut -eating contest, fireside singalong, and curling on the lake (ice permitting).

Chili, bannock and hot chocolate will be available for purchase.

The evening event with Cousin Harley takes places at 6 p.m., with improve comedy, Winter Monologues and dinner. Tickets for the evening are $30 with dinner and $15 show only for adults, $20/$10 for children 12 and under. Tickets are available at Armchair Books or at www.thepointartists.com.

Mosaic works by Pique arts editor Cathryn Atkinson are part of a new exhibition at the Foyer Gallery in Squamish.

Atkinson, who trained in London, U.K., and Italy, has created the first mosaic in a series depicting animals as medieval saints for the show.

A tribute to Whistler's Jeanie the Bear, who was shot after coming into conflict with humans, The Saint of Blackcomb is made with Venetian smalti, gold and porcelain tile. Twenty per cent from its sale will go to the Whistler Get Bear Smart Society.

The exhibition runs from Feb. 7 to March 6.

The work of fabric artist Julie Wasson is also part of the show. It includes a mosaic and fabric collage diptych of flowers made with Atkinson called Ancient Bouquet.

Both share the space with Squamish artist Sarah Symes.

The opening reception for the exhibition takes place at the Foyer Gallery, Squamish Public Library, on Tuesday, Feb. 7, at 6 p.m.