Lawrence Hill returns to WWF with novel about refugees

Author of The Illegal, The Book of Negroes, in conversation at Whistler writers festival
Sep 16, 2015 6:00 PM By: Cathryn Atkinson 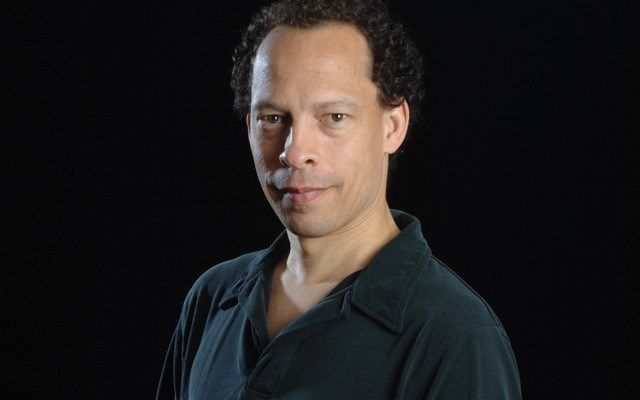 These are the first two words in Canadian author Lawrence Hill's new novel, The Illegal. The book tells the story of elite marathon runner Keita Ali, a refugee in a racist nation far from home. It is Hill's first novel since the Commonwealth Writers' Prize-winning The Book of Negroes in 2007.

Hill, currently on a national tour to promote The Illegal, will be in conversation at this year's Whistler Writers Festival (WFF) on Saturday, Oct. 17 at 8 p.m. at the Fairmont Chateau Whistler. Tickets are $30 and can be purchased at www.whistlerwritersfest.com. The Festival takes place from Oct. 15 to 18.

He spoke to to Pique in a phone interview.

Pique: The Illegal is now out, but why else did you want to return to the WWF?

Lawrence Hill: I was Stella's (Harvey, the founder of WWF) mentor at one of the Banff creative writing programs when she was working on her first novel. I was glad to see her publish it. She founded the festival and the connection is through her. This will be my third visit.

Pique: And you're giving a reading.

LH: I'm only there for 24 hours or something, I'm giving a reading and I'll attempt other readings as well. (Hill will also be attending the Vancouver Writers' Festival.)

Pique: Is the book tour busy?

LH: It's very intense. We're touring the country until a week before Christmas.

Pique: How do you find the experience, considering the high profile and success The Book of Negroes has, along with the CBC television series?

LH: There's pressure, but I tend to put that to the back of my mind. I tried to concentrate on whether I am doing a good job on the page, taking chances, being creative and doing my best work. It is hard to follow up a blockbuster success because anything less than that could be seen as a disappointment, but I try not to fixate on that, and I think about things I can control. I imagine this is another bit of my creative soul that I am adding to the bureau of my life's work. I feel good about the book and I've decided to relax and enjoy the ride.

Pique: The interest in you and your work must be ramped up. You have a higher profile now.

LH: I certainly have a much higher profile. When The Book of Negroes came out, it didn't really attract a lot of attention for the first 12 months. It took a year to attract a wide readership; it wasn't a bestseller by any means... then it started building, oddly. Normally, books don't become bestsellers at that stage. So, yes, this one is getting a lot more attention out of the gate because of the attention that eventually came to The Book of Negroes.

Pique: The Illegal is also important because of what is happening at the moment to thousands of Syrian refugees. It's extraordinarily timely.

LH: It is, but it's sad because the crisis is real, profound and affecting many people, not just Syrians. There are others, too. It's a terrible time, one of the humanitarian crises of our lifetime. Who would have expected to see millions of people on the march like this, though it has been building for four years.

Pique: What was your aim in writing The Illegal? The treatment of refugees and migrants is an enormous issue now. When you were writing it, they were neglected.

LH: Exactly. I guess my aim was to dramatize the plight of a stateless person, to help the reader empathize more profoundly with people we routinely ignore. They're in our midst by the millions in Canada, the United States, and other rich nations. They can't really get their lives rolling fully... You scratch the surface of a number of public schools in major cities in Canada, you have children whose parents are undocumented, who are living in those cities as undocumented refugees.

Pique: And many people are locked up in Canada while being processed, including children.

LH: Yeah! We're one of the only countries in the world — Western, rich, developed democracies — that imprison many refugees with common criminals while they are being processed. It is a very striking thing; I feel that we know about the presence of refugees intellectually, but we haven't been pushed to the point of caring, and stepping up to actually act.

Pique: Is that what you were hoping to do with the novel?

LH: I was hoping it would stimulate our imaginations, our empathy and vision. If you want to give a person facts, that's what we have journalists, historians and immigration lawyers for. Advocates. But if you want to inspire a Canadian to change their way of thinking or to care more deeply... then I guess being an artist is a good place to start, they are catalyzing empathy.

Pique: Keita, the main character in The Illegal is an elite marathon runner. I thought that was interesting. What's the symbolism in making him a runner?

LH: His country has the distinction of producing their world's fastest marathoners, but it is beset by rising genocide... If he were living in peacetime, he would be dreaming of being on the Olympic team... but he can't do a peacetime activity, running for Olympic glory. He's running for his life.