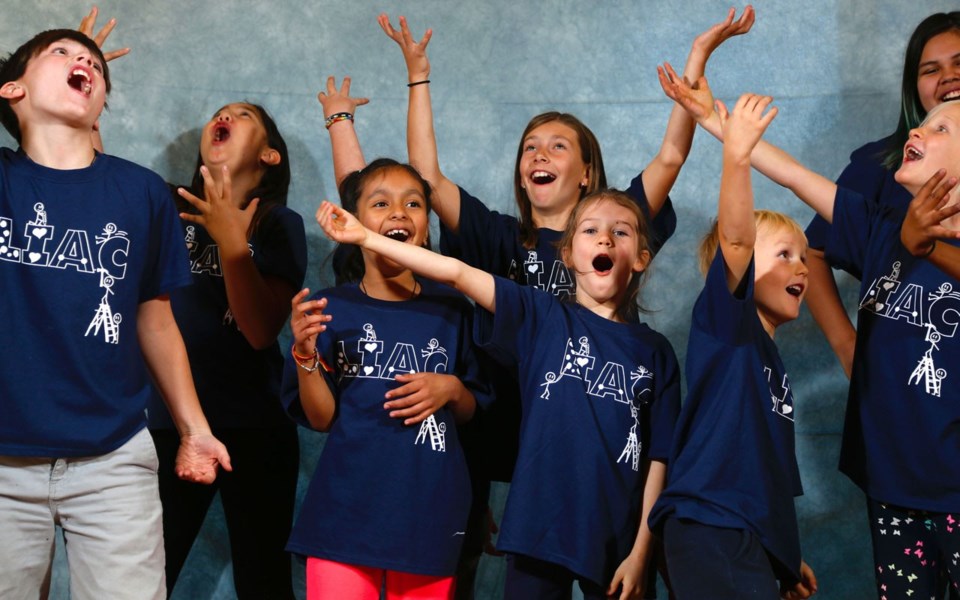 LB Productions students are set to perform at two shows this month. Photo by Sea to Sky Photography

The goal was to use song, dance and theatre to combat bullying and help kids build self-esteem.

"I've gotten to go a lot of places," says Anita Burleson, who runs the Whistler children's theatre company. "The premise is teaching children to value themselves, each other, and the community."

To that end, the initiative has been renamed The Empowerment Project and Burleson has set her sights on spreading that message even further by producing an album of the songs associated with it.

"Hearing a song one week and never getting the concepts again, it'll fade away," she says. "But [it's different] if the teacher says, 'Hey remember that time we sang about love? Let's sing it again because you're not being loving right now.'"

But creating an album, of course, takes funding. That's why Burleson was pleased when an unlikely partnership popped up.

Brianna Wood, the manager at Village 8 Imagine Cinemas, the movie theatre in Whistler, recently won a nationwide contest for her displays to promote movies. When Burleson found out about the honour, she offered up herself and her students for a unique collaboration.

"I said, 'Hey, if you ever want to do something for kids, we'll come in in costume.' She said, 'How about Frozen II?'" Burleson recalls.

She liked the idea and LB Productions set to work with Lara Mullings, an LB student, and Burleson writing "A Frozen Christmas."

On Nov. 22 at 6:15 p.m. the group will be in the theatre lobby in costume to meet guests and take pictures before going into the movie theatre for a short 10-minute presentation with a few songs in lieu of previews ahead of the 7 p.m. screening.

"This is a fun thing and an opportunity to partner in the community with the movie theatre," Burleson adds.

The show will also serve as a fundraiser for The Empowerment Project album.

But before that performance, LB Productions will perform the full production of A Frozen Christmas at the Maury Young Arts Centre on Nov. 17 at 1:30 p.m. with entry by donation.

"The show itself has ... 15 songs in a [one-hour] show," Burleson says. "It's a lot of fun singing and dancing with a cute storyline. Hans, of course, is still the villain. It has all the components everyone loves with a twist to our story—not knowing exactly what's in Frozen II."

Even if you can't make it to the movie theatre on opening night, there will be a donation jar for those who would like to contribute to The Empowerment Project album until Nov. 24.