Lessons in comedy by Kevin Foxx

Celebrated comic performs at Stand Up on the Hill on Friday
Jul 18, 2012 9:00 PM By: Stephen Smysnuik 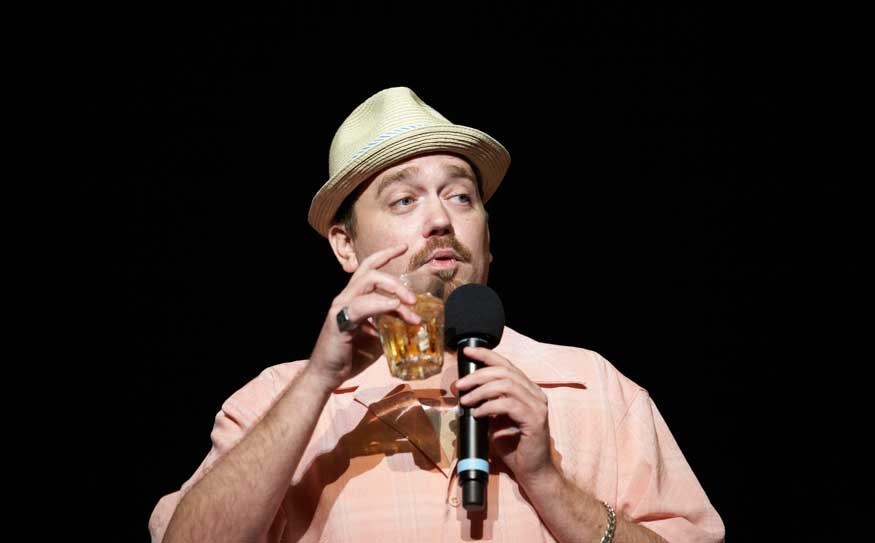 Kevin Foxx, comedian deluxe, is worried about the state of comedy.

That's not saying that comedy is any less comedic. It's just that, well...the culture's changing.

Maybe it's our culture's growing hypersensitivity, or the persistent desire for immediate stimulation and information fuelled by the Internet. It could just be dumbing down of humans in general but comedy — arguably the last bastion of free speech in North America — has lost its free reign.

Last week, Daniel Tosh was lambasted for making a rape joke. Last year, Tracy Morgan was flogged for homophobic slurs. We all remember how Michael Richards was slaughtered for yelling the N-bomb on stage. There have been others.

It's a terrifying state of affairs.

"In the stand up world, it used to be that (a joke is) either funny or not funny. It didn't matter what the subject matter was. There was no political correctness. Is it funny or not funny? I don't care if it's a pedophile joke or a rape joke or whatever, because you can make anything funny," Foxx says during a phone interview from his home in Vancouver.

And if Foxx can't explain it, there's something seriously wrong. He's one of Canada's finest comedians, celebrated for turning the absurd and horrifying aspects of our culture into fodder for laughter. He's had his own hour-long specials on CTV and The Comedy Network.

He hosted the successful Kevin Foxx Show on Toronto's CFRB radio station. He's performed at nearly every prominent comedy festival in the world and has written for CBC's This Hour Has 22 Minutes and The Debators.

And he knows a little something about censorship. It's self-censorship, actually... the "selling out to the man" kind of censorship. You see, he's been doing corporate gigs lately and, well... they're not his cup of tea.

"You've got to be very politically correct and censored. Put on the suit and do the monkey show," he says.

Yes, censoring a comedian is akin to castration but, in this case, he'll deal with it. Corporate gigs pay very well and allow him to take it easy. After 12 years of spending 300 days on the road — staying in 3,700 different hotel rooms and flying over four million miles — he was more than ready to keep a low profile and take care of his nine-year-old daughter.

He's currently developing a cooking show called Does This Taste Funny? with David C. Jones from CBC's The Debators. He's also working on a documentary about marriage, which he says will be similar to how Bill Mahr explored religion in Religulous.

All of it for the sake of making people laugh.

"I don't know if I chose comedy so much as it chose me. I know it sounds corny," he says.

When he was eight, he had memorized entire Richard Prior and Bill Cosby albums. In school, he was doing Redd Foxx impressions.

But he couldn't bring himself to perform on stage. The stage fright was crippling and for years he struggled with it. It took until he was 24, when a friend murdered two other friends, for him to make the change.

He says, "It was a very hardcore moment in my life, as you can imagine, and it made me realize that life is short. This had always been my dream and I let fear hold me back, so that was the catalyst."

He started performing at amateur nights around Vancouver. He took the basic principles — fusing together two incongruent ideas into one single compatible one — and worked on it. A few months later, he had his first gig. And that was that.

Inspired by what he describes as his "absurd life," he jokes about his struggles with drugs and alcohol, about the dissolution of his marriage, about having children. His routine essentially dissects the last two decades of his life, what he's learned and what he wished he'd learned. Nothing is off limits. It's either funny or not funny. That's his only criteria.

"I do talk about a lot of stuff that would be considered painful at the time but once you come out of it — once you have perspective — then you can write about it," he says. "Certain horrific things, like losing a child, I don't ever see finding humour in. You can get to a point where you can live with it... but then again, that's not true because I know comics who talk about their abusive parents. Anything is potential for comedy."