LIBERTÉ: A Call to Spy brings little-known history to light 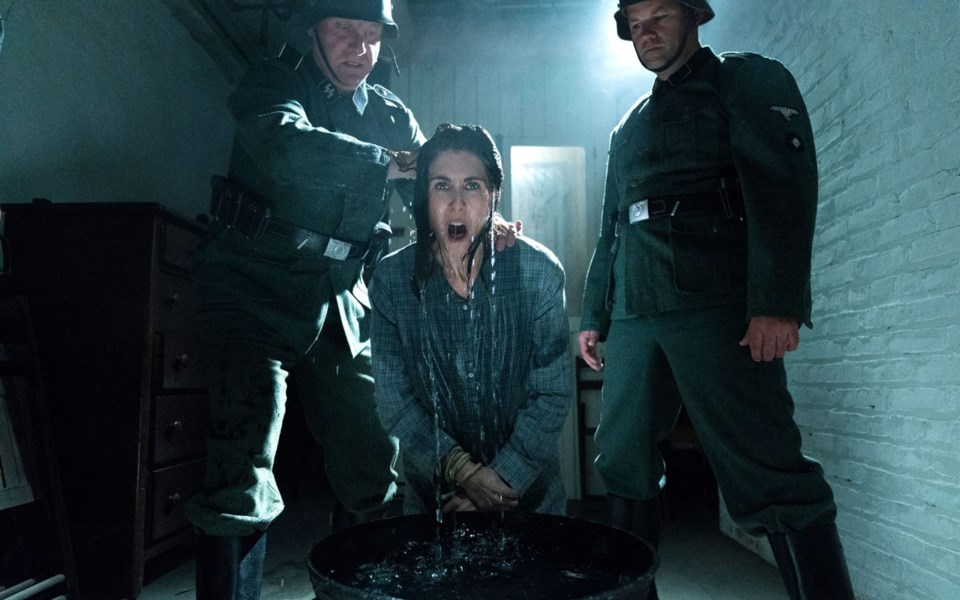 When Sarah Megan Thomas set out to write her latest film, she cast a wide net.

"I always start with a genre that I think is commercial and lacking in female empowerment stories that will also attract a male audience," she says.

To that end, the writer/producer/actress decided to broadly explore women who worked as spies during the Second World War. "I love spy films," Thomas says. "I'm a huge James Bond fan. But even the films that have female spies, they're more romances than spy genres."

Having studied the Second World War extensively in college, Thomas knew about Winston Churchill's secret army and the 39 women who were part of it. She decided to narrow that down further and dug up three women from different nationalities to focus on.

The result is LIBERTÉ: A Call to Spy, which will screen at the Whistler Film Festival, focusing on Vera Atkins, the "spymistress," and her two recruits, Virginia Hall (who Thomas plays), and Noor Inayat Khan.

Along with the Special Operations Executive agency, they worked to build a resistance in occupied France under the Nazi regime.

"There was an extensive amount of research," Thomas says. "What I tried to do with the film was stay true to the women, the arc of their lives, and their spirits."

As part of her research, Thomas used the women's CIA files and spoke to their family members, in particular Hall's nieces. "They didn't know much about their aunt, other than the public information because it was a generation that didn't talk about the war," she adds. "But they had tidbits about her as a human being that you would never get from the research. I found that really interesting."

Like her last film, Equity, which was about women on Wall Street, the goal is to highlight women's contributions to male-dominated domains in an accessible and entertaining way. "I think it's a perfect time to have a movie about real female heroes on screen," Thomas says. "Even though the film takes place in '41, some of the issues are not so removed from 2019."

The film had its world premiere at the Edinburgh International Film Festival back in June to coincide with the 75th anniversary of D-Day. "The spies historically were trained in Scotland and to be able to have it in that film festival and premiere it there and then go down to London was incredible," Thomas says. "The audience was very receptive."

Next up, Thomas and her film will travel to Whistler for its North American premiere on Dec. 6 at 6:30 p.m. with an additional screening on Dec. 7 at 1:30 p.m.

While Thomas will be in attendance, much of the rest of her cast is spread around the world and unable to make it. "That was part of the strategy in making the film was to cast a diverse cast from many countries," Thomas says.

"I'm excited for people to see it and talk about it. One of the reasons I make movies is to entertain, but also I hope when people leave the theatre they have something to talk about. I hope it provides some thought-provoking conversation."