LIVE at Squamish organizers have no intentions of ever moving locations. Paul Runnals, executive producer of brand.LIVE, the company that organizes the Aug.
Jul 18, 2012 9:00 PM By: Stephen Smysnuik 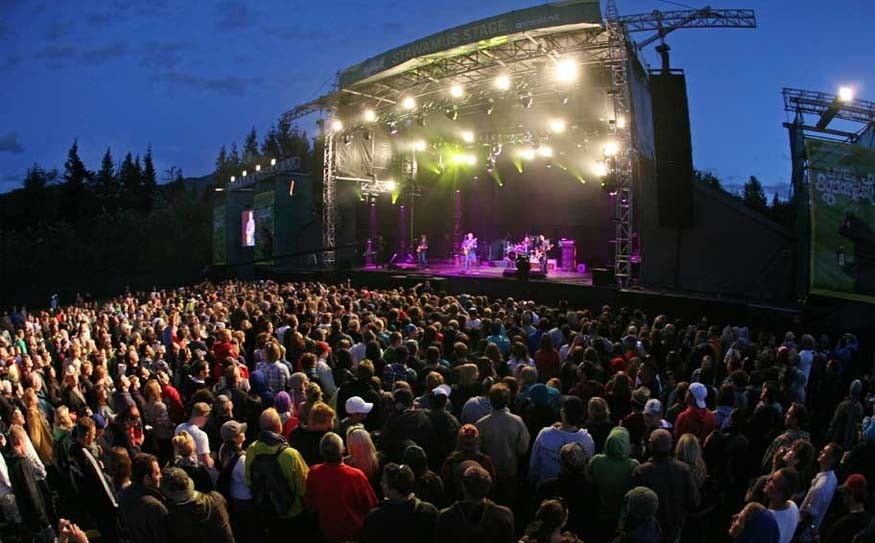 LIVE at Squamish organizers have no intentions of ever moving locations.

Paul Runnals, executive producer of brand.LIVE, the company that organizes the Aug. 24-26 festival, says that while ticket sales in Squamish — and the entire Sea to Sky region — are "soft," they are quite pleased with the town's support, with the media attention the festival is receiving and with the buzz that has been created throughout B.C.

They are in town for the long haul.

"There's nowhere else to go," Runnals says in an interview at brand.LIVE's Yaletown office on Tuesday.

"That site is by far the most beautiful concert site anywhere around here. We've worked really hard and spent a lot of time and effort — and money — to make it a workable situation and to put in the infrastructure that over the course of the growth of this festival will benefit not just us, but other users that want to be in there. We're not going to walk away from that."

A July 12 Squamish Chief story suggested that brand.LIVE was less than pleased with local support because ticket sales were "disappointing." Runnals was quoted as saying, "There are always other places to stage events." The quote was prefaced by a line indicating that the organizers weren't ready to leave town just yet but were questioning whether they were in the right place to the festival.

Runnals says this is not the case at all. While Squamish ticket sales have been low so far for all three years, he says he's far from disappointed about actual local support for the festival. (He says that presale tickets for the festival purchased in Whistler are even lower than in Squamish.)

"We have lots of people up there who are banging the drum loudly, but we're saying we want to broaden that. We want to get more people excited about it. We want to find more ways to engage with the local community, the local businesses, the local artisans, whatever it may be," he says.

"We're saying, 'Be proud of this thing. This is a world-class festival and it's happening in your back yard. There's ways that you can support it that don't involve laying out cash but that are valuable to the festival."

This Tuesday (July 24), brand.LIVE is hosting a meet and greet at the Adventure Centre, where residents can ask questions, ask organizers what their intentions are for the community, and offer their own suggestions about what they want and don't want to see.

Ultimately, the goal is to foster the relationship with the community so that it can participate in its growth and come to own it as something distinctly Squamish.

"We produce it but it is Squamish's festival. If nurtured and grown properly, this could grow into something fantastic for the community over years to come," Runnals says.

Do the Block Party next thursday, OK?

Here's your friendly reminder about the third annual Function Block PARTy next Thursday. It'll feature live music, food vendors, an art show by our much-beloved Weirdos art demonstrations by several Sea to Sky artists and a life-sized metallic horse on display outside of Art Junction.

Live music will be provided by John Burr and Ivan the Terrible, along with new acts RAPIDO and Where's Taran? Do you really want to miss out on these new acts? What if they become famous one day? I'll bet you'll feel pretty sorry for missing out on one of RAPIDO's earliest gigs for free, when they're selling out stadiums in Berlin. Check it out for that reason alone.

Author Fred Stenson will take up residence in Whistler this fall as our official Writer-in-Residence. He'll work with 10 writers on their own projects, beginning Sept. 2.

Novice, emerging and experiencesdwriters of all genres interested in taking part in the residancy program are asked to email Stella Harvey at stella25@telus.net.