Live for the Moment exhibit puts grief on display 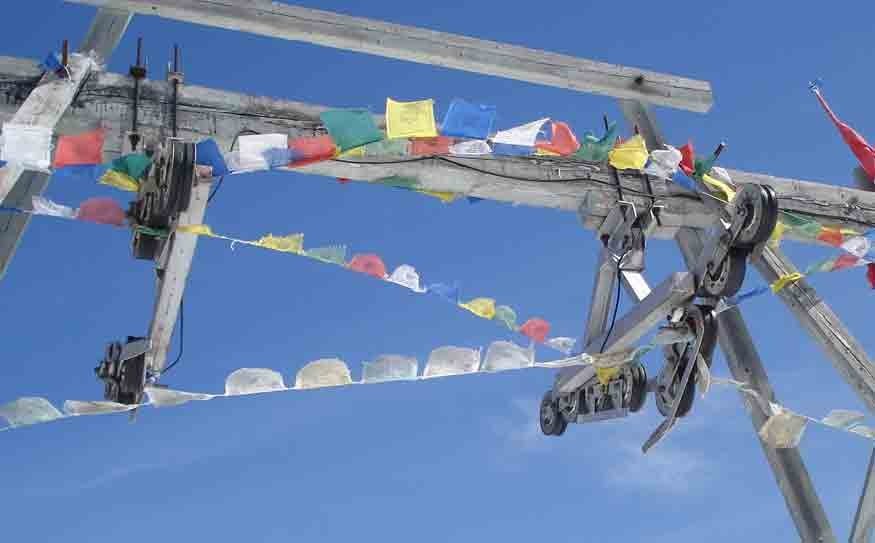 STUDY SNAPSHOT Photos collected during a UBC study will be on display at Scotia Creek Gallery starting Jan. 10. Photo by Ned, courtesy of Whistler Arts Council

Genevieve Creighton was working on a PhD dissertation about teen pregnancy at the University of British Columbia when tragedy struck her family.

"My step daughter's fiancé was 23 and he drove off a cliff with his car," Creighton says. "That really touched a nerve in me and I saw the devastation in his family, but also amongst his friends who just didn't seem to know how to deal with the death. It got me thinking about how young men — it's so contrary to the way they're socialized to be strong, stoic and not express feelings, but then they end up trying to deal with their grief in non-productive ways and ways that harm them."

With this new insight, she decided to switch research topics and, instead, study how young men grieve after losing a peer in an unexpected death. Dubbed the "dangerous demographic," accidental injury is the leading cause of death for young men.

In a study, Creighton and her team interviewed a group of 45 men between the ages of 19 and 25 who had lost a friend in an accidental death in the last three years. They also recruited a group of 25 men between 26 and 35 years old who had a friend die when they were younger to speak retrospectively about their loss.

The first group — which included 15 Whistler participants — was given a camera and a photo questionnaire and sent out to capture places and objects connected to their late friend. After, they talked about the loss by explaining the photos.

"We really found amongst the young men we spoke to — not all of them — but they had a huge barrier towards expression and who to talk to, how to express their emotions sober," Creighton says. "They could get drunk and cry, but really felt blocked. I would suggest that the majority of our participants, it was the first time they talked about the death in any detail."

The resulting photos were extremely moving, she adds. Realizing that the images could help others who are grieving, the researchers decided to turn the series into a photo exhibit. Live for the Moment ran in Vancouver at a joint tattoo shop and art gallery last April and will appear in Whistler at the Scotia Creek Gallery Jan. 10 until the 31. "I think it's a really exciting show," says Andrea Mueller, visual arts programmer with the Whistler Arts Council. "It's definitely powerful. It does have a relationship to Whistler. We have had several accidental deaths recently. That happens in any community, but I think it's pertinent to Whistler because of our younger demographic."

Matt, a Whistler resident whose last name has been withheld as part of the study's anonymity, is one of the participants whose photos will be on display. Last St. Patrick's Day his close friend and co-worker left a bar, passed out in the snow on a nearby golf course and died of hypothermia.

"He was really loyal," Matt says. "He would always make sure you were alright before himself. A big part of the reason I am the person I am today is because of him. He was about six years older than me and (our) other buddy. He showed us the way to be a good guy."

Although he says he isn't the kind of person who feels comfortable showing emotions in public, he feels fortunate to have had a strong support system with his family, work and friends. Not everyone is as lucky, he adds. And that's why he decided to take part in the study. "I just did it mainly to help others, whatever information I could contribute to helping in the study to help other people mourn," he says.

Matt had never dabbled in photography before, but was open to the assignment. He captured images of the Excalibur Gondola where he and his friend worked together, WB staff housing where the pair roomed and Fitzsimmons Creek where they searched for him after he went missing.

"I found it really difficult," he says of the task. "It sounded strange: taking a photo and talking about it. I'm pretty open about (the loss). People ask me questions about it all the time. It was tough mainly because there were some questions I couldn't answer with a photo."

Matt says he's not sure how the images will translate or whether they'll mean anything to anyone but him, but he hopes his experience will make some kind of impact. "There is help for people if they need," he says, referring to outreach workers within Whistler Blackcomb and through the Whistler Community Services Society.

Ultimately, that was the goal of the study: to provide insight for service providers who help young men cope with death.

"The face-to-face talking isn't always the answer," Creighton says. "The photo project was such a good way of healing, but there's other activities: going for a walk with somebody or skiing. Doing that as well as talking opens up more doors to conversation."

The opening reception for the show is Jan. 15 from 5:30 p.m. until 6:30 p.m. The exhibit will also feature a memorial board on which people can share memories of loved ones they lost unexpectedly.