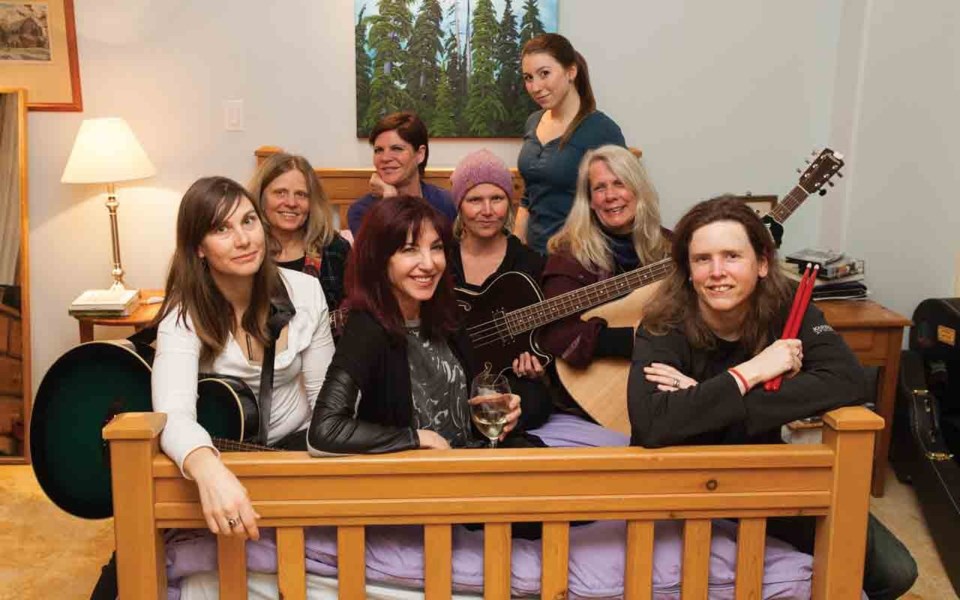 song school A group of local musicians participated in an International Women's Day concert in 2017. This year, organizer Susan Holden is hosting music workshops leading up to the big day. Photo submitted

Are you a budding musician looking to take your skills to the next level?

On Friday, Feb. 23, a group of local music professionals are hosting a workshop called Demo Recording Pre-Production Session at the theatre at the Maury Young Arts Centre.

It aims to teach students about picking the right song, arranging it, creating a pre-production checklist, the best places to record and how to make the most of your time in the studio.

This session comes on the heels of the "Improving Your Vocal Performance" workshop, held last Friday, Feb. 16. The pair of workshops is being organized by Whistler musician Susan Holden and facilitated by singer/songwriter Rachel Lewis and Dean Feser, a musician and technical director for Arts Whistler.

The workshops are meant to run as a pre-cursor to the upcoming International Women's Day performance at the Maury Young Arts Centre on March 8. To that end, they're free for participating performers or Arts Whistler members. For non-performers or non-members, the cost is $30.

To reserve a spot email susanholdenmusic@hotmail.com.

The Audain Art Museum has announced its new special exhibit, set to run from March 30 to June 11. The show is called Beau Dick: Revolutionary Spirit and it will feature work by the Kwakwaka'wakw First Nation's artist. Aiming to honour Dick's legacy, the retrospective will look at the "complexities of traditional and contemporary Indigenous approaches to the creation of art on the West Coast," according to the museum.

The show will replace Stone and Sky: Canada's Mountain Landscape, which has been on display since Nov. 11.

It marks the first new release in two years for the former frontman of the now-defunct Whistler hip-hop group Animal Nation. (The track, however, was released as an "Animal Nation presents" song.)

Using a sample from the Canadian artist Charlotte Day Wilson, among others, Clare offers up a moving love song, with a video featuring footage collected over the last two years, as well as clips from various TV shows, movies and YouTube videos.

"The video I made for it is my favourite visual piece I've ever worked on," the former Whistlerite says, in a release. "It contains over 600 video clips ranging from everything I've shot throughout the last two years, to all sorts of mixed medium found footage, to clips from movies and TV, to any video footage I could get my hands on."