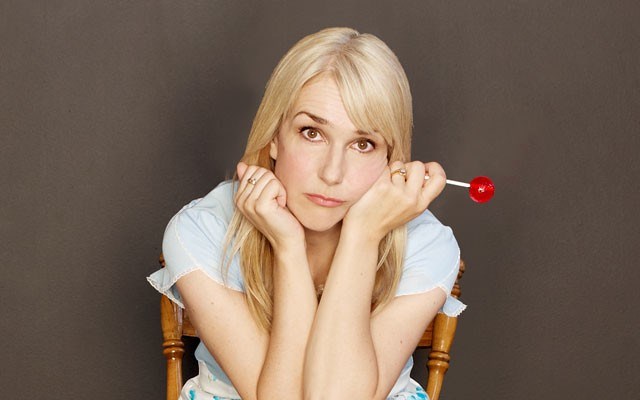 Comedian Anne Marie Scheffler says her show, Suddenly Mommy!, explores the truths of motherhood and is honed by six years of touring — and more years of parenting.

"My big thing is about finding your comedic voice. People come to expect that comedic voice," Scheffler says of the show, which is coming to Millennium Place on Thursday, May 7.

Life, however, is a more complicated performance.

Scheffler has been writing live comedies since 1994. A decade ago, she was nominated for a Canadian Comedy Award for her touring show Not Getting It, which explored the trials and tribulations of being a single woman.

Then she fell in love and became a wife, stepmother and had her own babies in quick succession. She settled down to domestic life, as she put it, "politely running away from success."

Scheffler recalls: "I'm a comedian, an actor. I became a mother and it wasn't supposed to be that way. I was already in my mid-30s and my sisters and brothers already had babies. My siblings are traditional and I'm not. I thought I'd be that really fun aunt."

"I had a McCain's orange juice commercial that ran for six years. I was the blonde mom holding a baby. I got to thinking I should be a mom because I was cast in the role," she says.

Then life gave her what she wished for.

"There's a part of you that gets spoon-fed that to fulfill your life you must be a mother, if you are a woman," she says.

"I put that in the show. My job as a playwright, comedian and social commentator is to reflect what we are going through in 2015 on planet Earth. It's a truth I feel we have to deal with."

Suddenly Mummy! was born, as it were, when the pressures of toddlers and motherly love spilled out onto the page and Scheffler went back to performing.

And in the last year, unfortunately, her marriage ended.

"Everyone is calling you out and telling you to be yourself. No one is happy unless you are yourself," Scheffler says.

"I tell the story of Suddenly Mommy as a married woman. There will definitely be a show afterwards called Every Other Weekend, about going through the divorce. I don't like that part but that's the truth of it."

What does she think about exploring her life that way?

"You want to come from a place of love and be uplifting. I always talk about when I do comedy or when I create my plays or shows, I never want to disparage another person. I only poke fun at the things that I will do," says Scheffler.

Then there's Spank!, which has nothing to do with parental admonishments.

"I was hired by an American producer to co-write and co-star in a 50 Shades of Grey parody," Scheffler says.

"I was happy to be a part of it. Myself and five other writers had a month to put this together and three of us opened the show... We had no idea if it would be any good and it was so good that it ran for two-and-a-half years and had three casts."

She just finished touring it on March 8.

These days, Scheffler has completed a film in Los Angeles and is developing a TV series with Emmy-winning writer Rosie Schuster, who also helped to write Suddenly Mommy!

Scheffler is somewhat in awe of Shuster, a Canadian comedy writer with the original cast of Saturday Night Live and the daughter of Frank Shuster of comedy legends Wayne and Shuster.

"I would sit with her and she would tell stories of writing for Gilda (Radner)," Scheffler recalls. "You wouldn't believe it. I would be sitting with her during TIFF (the Toronto International Film Festival) and her phone would ring and she would say 'Oh, it's Billy. Billy Murray. I've got to take this.'

"It was all I could do not to carry her around. She's iconic."

But it's Shuster's skill as a creator of comedy that makes Scheffler happiest.

"She's really able to connect with my Pollyanna-people-pleaser side," Sheffler says.

Tickets for Suddenly Mommy! range from $23 to $26 and can be purchased at the Millennium Place box office or online at www.artswhistler.com. Doors open at 7 p.m.

This 19-plus girl's night out will be complete with Prosecco and artisan chocolates from the Chocolate General Store served in The Gallery at Millennium Place before the show.