Author of Pete the Cat books brings music and stories – and introduces his New Family series
May 21, 2014 10:00 PM By: Cathryn Atkinson 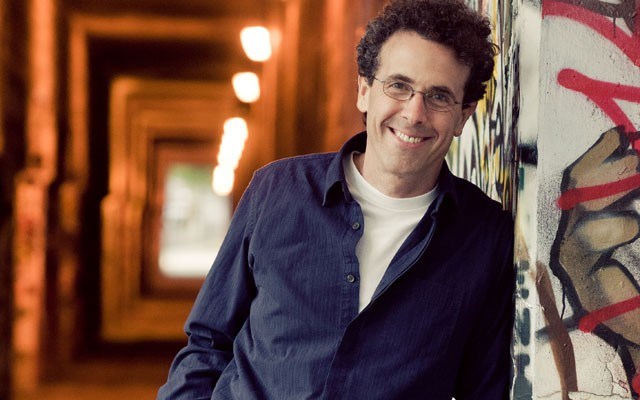 Testing his music and words Eric Litwin enjoys performing for youngsters because it allows him to craft his stories according to what they love about it. Photo submitted

Children's writer and entertainer Eric Litwin tries to take 10 days off a month.

The rest of the time the Atlanta-based storywriter and musician is on the road, carrying out between 200 and 400 performances per year.

He loves the pace.

"I tour all year round, all over the country and the world. It's important to me because it's a great opportunity to share my stories and my music," Litwin says. "It's also how I edit and write my new material in front of a live audience."

The spontaneity of a roomful of under-fives interacting with the man on the stage — not to mention the enthusiasm of their parents — has been one of Litwin's biggest teachers.

"I will tell a story hundreds of times, thousands of times, before it's ready for print," Litwin says. "You see everything. You can see when you've got the attention, when you've lost it. When their energy is up. It's like having a built-in focus group all the time."

Litwin's show comes to the Millennium Place Theatre in Whistler on Sunday, May 25, at 2 p.m.

Taking care with the details of his stories, music and wordings and how youngsters respond is important to Litwin.

"Do they respond to 'snowflake white' or 'cotton white'? What is their reaction? What will awe them more? There are so many nuances, to the imagery, to the rhythm, to the movement," he says.

"When I sing a song and it says 'Pete the Cat stepped in a large pile of...' and then I pause before I say 'strawberries,' the kids burst out laughing. The idea of a cat in white shoes stepping in strawberries is funny to them. The adults are laughing because they know what I'm really talking about. It's the same words, the same comedic pause, getting the laughter but they are laughing for different reasons. That, to me, is when I feel good about the craftsmanship."

He says all his stories are meant to be both slapstick comedy for the kids, and "helpful ideas" for the grownups.

"I am delighted that there is such a demand for me to come out and perform. I get booked up almost two years in advance; every location I go to, I try to stay in it for about a week... Not only will I have one school, festival or event a day. I will often have two... It's just a great situation to be in."

Litwin is best known for the first four Pete the Cat picture books, which he created with illustrator James Dean. The first was originally self-published, selling 7,000 copies before being picked up by Harper Collins and catapulting to the New York Times best sellers list and awards, and was translated into eight languages. His books have now sold 1.5 million copies.

The character of Pete the Cat and Litwin's most celebrated story about the cartoon feline, I Love My White Shoes, developed independently of each other.

"I am most proud of how the books helped beginning and emerging readers, which was my goal," he says.

Litwin is no longer associated with the Pete the Cat series as the collaboration ended, but is looking forward to his next book series The Nuts, illustrated by Scott Magoon. The first book, Bedtime at the Nut House, is about Hazel, Wally, Ima — and, you guessed it — they're all nuts. The book to follow will be called Sing and Dance in Your Polka Dot Pants.

It is released on July 29. There will be a dedicated website, available shortly, where the music and videos will be downloadable.

"It is a musical story with simple vocabulary, repetition, call and response... and, of course disco, moves," Litwin says. "The book also ends with a lullaby as well."

He is self-taught in terms of his music, just as he is in his writing.

Litwin stops halfway through talking to share a resource for parents, which has 120 downloadable online songs for youngsters called The Learning Groove (www.thelearninggroove.com). It is clear he has never stopped teaching even though no longer in a classroom.

"(These stories) help develop prediction and context in a child. They can tell what is coming because of the rhyme, they figure it out from the linear pattern or the call and response," he says, and this especially helps children with learning difficulties. "They start to develop phonetic process.

"All emerging readers are struggling with this extraordinary challenge of learning language and learning to read. I was having parents reading my books cover to cover and parents were taping that; but they could not read, they were too young. They were able to use prediction, context and memorization to learn the books.

"It is an indescribable feeling for a former classroom teacher. It was my greatest hope."

Tickets are $12.50 and under for children under 12, and $21.50 for general admission. Whistler Arts Council members pay $19.50. They are available at www.artswhistler.com or the Millennium Place box office.