Mountain Movement Dance Collective keeps on moving, despite the pandemic 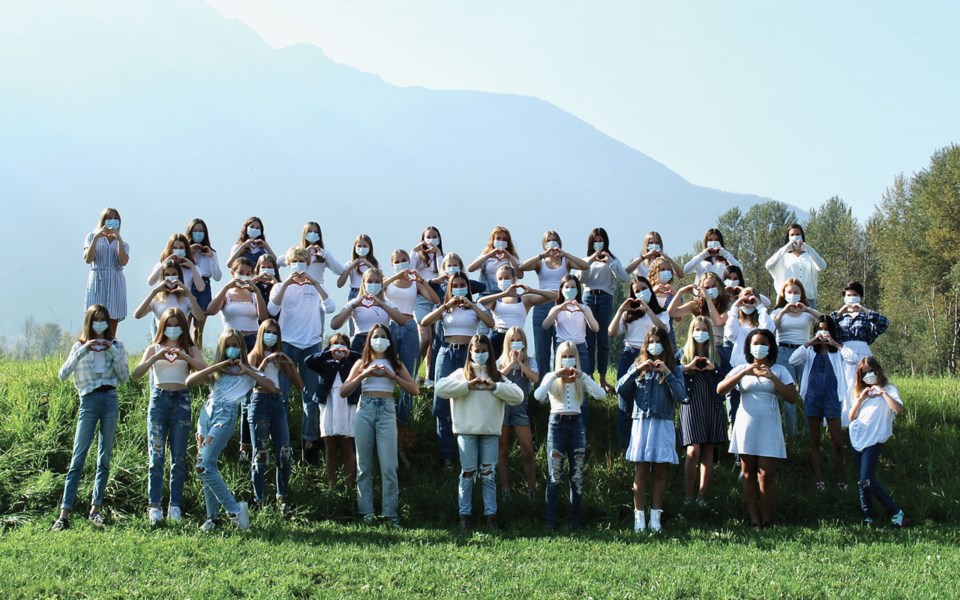 The Mountain Movement Dance Collective’s competitive team for 2021 is ready to be back on stage. Photo submitted

It’s been said time and again: kids have been the unsung heroes during the COVID-19 pandemic.

They’ve quietly adjusted to online learning, restrictions in schools, the cancellation of beloved sports, arts, and extracurricular activities—and if they’ve grumbled about it, it certainly hasn’t been as loudly as their adult counterparts.

For Hayley Edmondson, nowhere has that been more apparent than with her Whistler and Pemberton dancers at Mountain Movement Dance Collective.

“We joke that if dance was your boyfriend or girlfriend, this would be the worst breakup in history,” she says of the rules prompting on-again, off-again classes. “It’s something that they’re so passionate about that they absolutely love that got ripped out of their lives with no control on their part for six weeks. It was so hard.”

It all started back in March when, in the midst of Saturday ballet class, Edmondson realized it might be their last normal session.

“It was during that class when I started saying to them, ‘This might be the last time we’re dancing like normal,’ but not really believing it at all,” she says. “Then over spring break, I realized we can’t move forward with classes. We would normally dance through May, which was unfortunate for our competitive dancers—that’s competitive season. And then, by the end of May, we have our year-end recital for our recreational dancers. I had to pull the plug on all of it.”

The blows were different for the recreational group, which was looking forward to its year-end recital that was slated to take place over five nights at the Maury Young Arts Centre; and the competitive group, which practises 10 hours a week.

“It’s really sad because it’s pretty much what you work the whole year for,” says McKenna Watters-Reck, who is on the competitive team. “Then for it to get cancelled—we couldn’t do anything about it. You felt pretty helpless not being able to do what you have been looking forward to all year.”

Not wanting the dancers to lose the fitness they worked so hard to build, Edmondson turned to Zoom.

“From March all the way until June, those kids danced 10-plus hours a week via the internet, in their homes,” she says. “No one missed any classes. They stayed super committed. There’s only so much you can do in your house. So they were doing push-ups and sit-ups for 10 hours a week to stay conditioned and train. No one ever complained about it.”

Turns out, it wasn’t anywhere near as fun as being in the studio, says Reese Palmer, who’s also on the competitive team. “We were all super excited to do it at first,” she says. “We were like, ‘Oh yeah, it will be great to see everyone’s faces.’ So pretty much immediately after spring break was over, we started doing dance online, too. After a while, it was so unmotivating to be like, ‘OK, I’ve got to go eat breakfast to go do some pliés in my room!’ All of us were wanting to be in the studio so, so bad.”

Save for some private lessons over the summer, the dancers took a break until school resumed in-person. “I like to follow the school’s lead,” Edmondson adds. “I’ve always done that, even for snow days.”

But she’s also had to adhere to public health orders that fall under group fitness. That’s meant opening and closing, sometimes within the span of a few days.

For now, though, they’ve struck a new normal that allows them to dance in the studio, but with masks and distancing, and no manoeuvres that require contact.

“That was definitely weird [at first], staying in a little box, not getting close to people and wearing a mask,” Watters-Reck says. “For like three-and-a-half hours with the mask, not taking it off. It was a big change.”

But now, the group—and Edmondson—seem cautiously optimistic about the future. They calculate they haven’t been onstage performing for other people in about 18 months—and they’re ready for it.

“I’m hopeful that even if we can’t get an audience for competition, even being on a stage with lights and having someone—apart from our two instructors—critique us, would be very nice,” says Quinn Isert, another dancer on the team. “I hope we can get on a stage with people.”