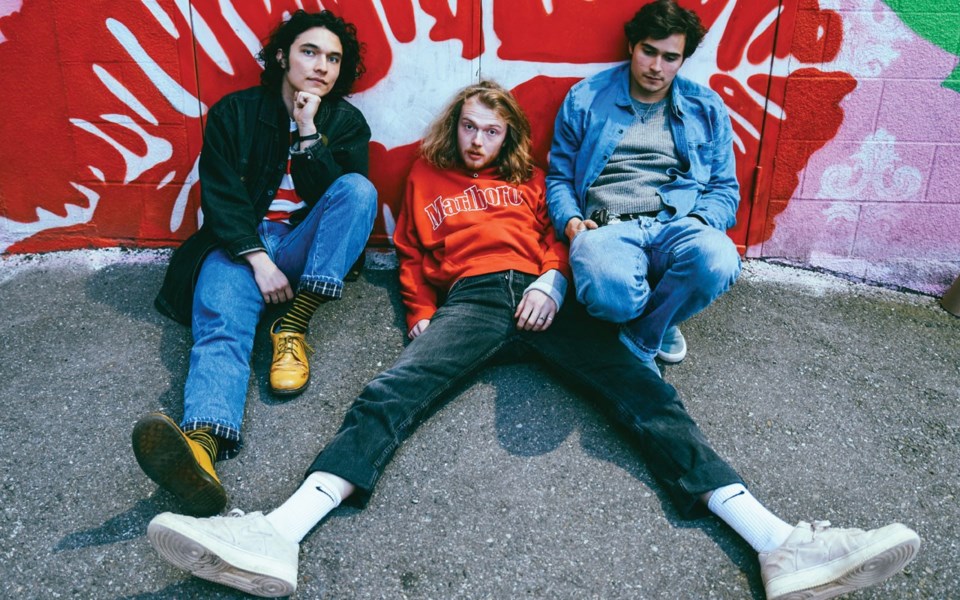 When Seattle garage rockers Naked Giants were invited to play a show at CLIF Bar founder Gary Erickson's home, they didn't give it much thought.

"We thought, 'Oh it'll be a little party. It's strange CLIF Bar invited us,'" says bassist and vocalist Gianni Aiello.

But when they arrived at the Northern California estate, it was anything but a low-key gathering. "It was this party for Olympians—the U.S. mountain biking team and the water polo team," he says. "There were these insanely athletic people letting loose and having a good time. We were in the beautiful hills of California and they loved it."

All that is to say, when CLIF Bar asked the band to perform in Whistler for a free show during Crankworx, they said, 'Yes'—this time, with an expectation about what the show will be like. This concert, however, is part of the CLIF GreenNotes initiative, which brings artists and non-profits together. In Whistler, they chose Zero Ceiling as their charity partner.

"I'm sure this will be really awesome too—up in the mountains of Whistler with mountain biking people, I don't see how it could go wrong," Aiello adds.

The band has travelled all over the world in the last year and a half supporting indie-rock outfit Car Seat Headrest. For many of the dates, Naked Giants—who, along with Aiello, includes vocalist and guitarist Grant Mullen and drummer Henry LaVallee—opened up for the band and then played with them as well.

"We're so extremely fortunate to have toured with Car Seat Headrest because they brought us to these huge theatres—in Vancouver [at the Commodore Ballroom] and even Europe and Australia—that bands at our level don't do," Aiello says. "I think that's exacerbated by Car Seat fans are particularly very diehard about the musicians they like. They very much idolize Car Seat Headrest and, by virtue of joining [their] band for a bit, we absorbed a bit of that."

But they also grew as musicians, songwriters and people during that hectic tour. Now, they're preparing to bring some of that life experience into new songs for their forthcoming album, a follow up to their 2018 debut full-length album, SLUFF.

That record is filled with the loud, loose, and jangly markings of garage rock with songs that skew more melodic than others in the genre.

"We're taking what works off the last album in terms the songs people have responded to the most and getting to the root of what made them successful, at the same time cataloguing our growth as musicians and people," Aiello says. "It's shaping up to be an album about realizing ... where you are in the world and how you fit into [the] balance of oppression and privilege and how to navigate that and navigate your own anxiety of these things you internalize."

As a band, the trio has also grown since first forming in 2014. While Mullen and LaVallee have been friends since high school, Aiello was a later recruit—although after one-and-a-half years living in close proximity that hardly matters anymore.

"We've been in such close quarters for so long," he says. "We've really gotten to know each other on a very deep level that goes without saying. The people you sleep and shower and eat with everyday, those are the people that you know best."

Catch Naked Giants on Friday, Aug. 16 at Blackcomb Base II after the CLIF Speed & Style event at 9 p.m.