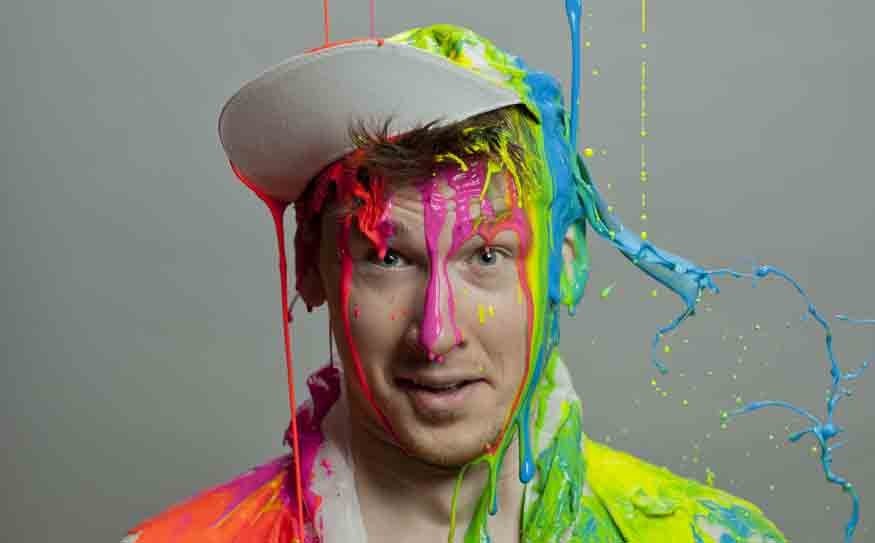 c olourful set Victoria's Neon Steve will play his own songs for the first time Jan. 11 at his GLC gig. photo submitted

Steve Robertson plans to pick up the pace in 2013.

The Victoria producer and DJ, who goes by the name Neon Steve, spent six months carefully crafting his debut EP, but in the coming year he hopes to cut that time in half and put out original material every three months.

"I've definitely gained a little confidence," he says. "When it's your first one you want it to be perfect. Then you realize it's never going to be. You have to accept it and get it out there."

Feeling EP was released via Bombstrikes Dec. 17, featuring Chicago vocalist MC Zulu, whom Robertson contacted after seeing in concert and Charlotte Dobre, a friend from Victoria who recently moved to New York City. "There's definitely people I would like to work with, but I have to get my name bigger and get them to pay attention to me," he says. "I'm always keeping my ears open and meeting people to work with."

Robertson will put his nerves aside and play that original material for the first time in Whistler at his GLC show Jan. 11. "I think a lot of producers ... have a weird thing about playing their own music," he says. "You're your own worst critic. I don't want to play it and have the crowd go sit down. I'm going to have to suck it up. I think you just gotta do it and not think about it."

He had plenty of practice performing for crowds in 2012. Jumping from DJ — which he tried out on a whim after a memorable show watching others spin — to producer, he toured the U.K. and Europe for five weeks and snagged a headlining spot at the popular B.C. electronic music festival Shambhala. "That was the party that made me want to start DJing five years ago. I went there and saw all my favourite DJs play," he says. "It was cool for it all to come back around."

Touring the U.K. was an especially eye-opening trip, he says. "It's a different scene over there because there are so many artists. People take DJing for granted because everybody and their dogs have turntables. Everybody I talked to when I was over there was like, 'Why do you come here? We go there because the shows are bigger,'" he says.

That's certainly true in Victoria, he adds. "As long as you're close to an airport you can make (a DJ career) work, but the Victoria scene is really good. Almost too good. There's amazing talent every week. There's too much going on. It's pretty cool," he says.

That city is also where he adopted his DJ moniker and florescent aesthetic. When he didn't have a name for his first gig, the promoter took a look at the "stupid ski jacket" he was always wearing and came up with Neon Steve. "I wore all black to shows for about a year," he says with a laugh. "I've come to accept it."