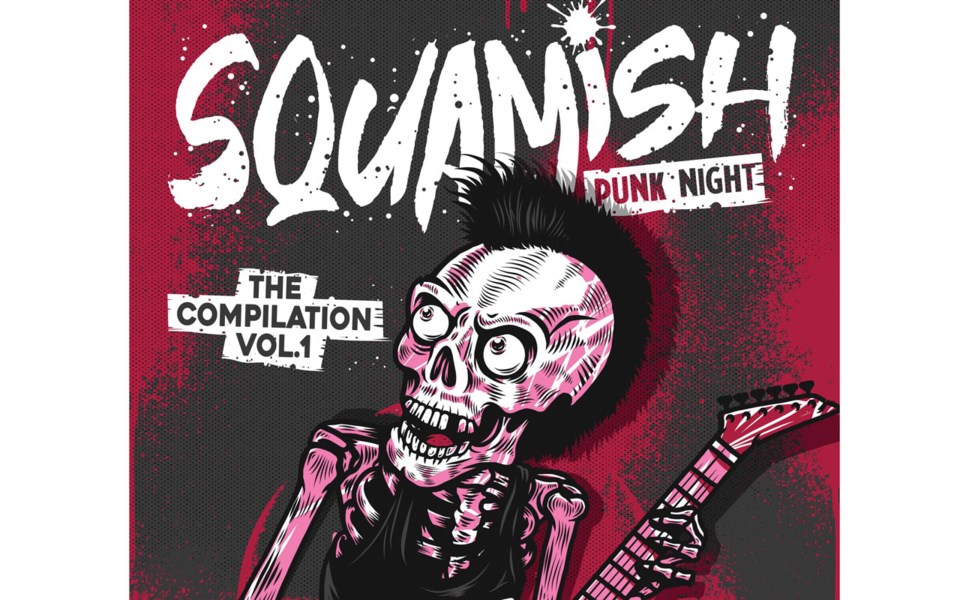 Live punk shows are a different kind of concert experience.

The sweat, the flailing limbs, but mostly the electric energy that comes from so many amped-up people crammed into a room creates a vibe unlike any other.

Unfortunately all those things—that, in any other year, might be considered an attribute—are a liability in 2020.

Let’s just say that Paul Hudson knew pretty quickly that Squamish Punk Fest wasn’t going to happen on what was set to be its third year.

“We’d created such a good thing over the last two years, I didn’t want to just leave a blank slate,” says Hudson, who organizes the festival, as well as Squamish Punk Night, and plays in the band anonymericans. “I contacted all the bands [who were supposed to play this year’s punk fest] and I asked them if they would be interested in contributing a song for a compilation in lieu of. Amazingly, just about every band got back to me and had a song to contribute.”

In fact, some were even written this year—and three were completely unreleased.

“With all of us in quarantine, a lot of people have been writing and recording,” Hudson says.

In the end, 18 bands—from Vancouver and the Sea to Sky—have songs featured on Squamish Punk Night, The Compilation Vol. 1.

It was officially released in September to coincide with when the festival would’ve been, but since then it has spread further than Hudson initially imagined it would.

“The great thing is it’s helped us with getting the word out about putting on these types of events in Squamish because we’ve had people purchase the compilation from all over Canada, the States, the UK. So if people come to visit here [and] they happen to be in town when there’s a show on, they’ll probably come check it out.”

On the musician end, he also hopes the added profile means bands might consider Squamish on their Western Canada tours—when that’s a thing again.

“It’s been great for connecting with the community,” Hudson says. “It always blows my mind how many punk bands are out there.”

But one other aspect of the scene will look a little different when shows finally return. One of many business victims of the pandemic was The Knotty Burl, where the festival—and Squamish Punk Night—has taken place the last two years.

Hudson is hopeful, though, that the space could host live music again in the future.

“It’s unfortunate about The Knotty Burl, but the good news is the bar is still there,” he says. “The silver lining for Squamish is the venue was known to be a space where really good shows have happened—and will continue to happen.”

To hear the compilation, visit squamishpunknight.bandcamp.com/album/squamish-punk-night-the-compilation-vol-1.