Everything from Tommy Lee to classical has an impact on electronic musician from Melbourne
Jan 22, 2014 9:00 PM By: Cathryn Atkinson 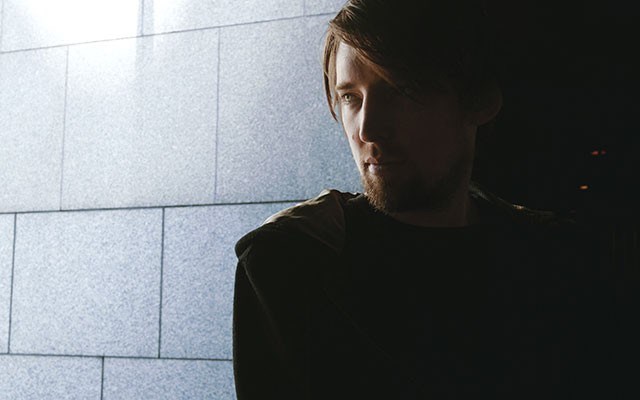 Australia Day in Whistler is becoming a bit of a tradition for electronic musician Nick Thayer and he's feeling pretty chatty about it.

"I think it's the third Australia Day that I've done in Whistler. I like getting out of Australia at this time of year because it's just too bloody hot," says Thayer, who hails from Melbourne.

"Canada seems like a great place to come to and what person wouldn't take the opportunity to visit somewhere like Whistler and enjoy the town and the people and get a day off afterwards to go skiing? When that's an offer on the table you need to take it.

"I love the place. My brother lived in Whistler for a season and so I've met lots of wonderful people through him and I have lots of friends."

Thayer is playing at Maxx Fish on his country's national day, which is Sunday, Jan. 26.

Talked up by Skrillex as "one of the most versatile producers" he knows, Thayer signed to the American DJ and producer's label OWSLA — and he is keeping busy.

"I'm finishing a new EP for OWSLA, which will hopefully be out at the start of May. I've just done some remix work for Fall Out Boy, which is out almost now," he says.

There are a "whole bunch" of side projects, too, including work with Tommy Lee of Motley Crüe.

Thayer says: "The thing about being a musician is I always have so many things that I want to try and say, and then sometimes they fit into these projects and sometimes they fit into something else. I just love making music and whenever the opportunity arises to do that in different ways, I jump at them. It kind of means that I am a little bit unfocussed sometimes, but I think it's a good thing."

It would be understandable if he were a little foggy. A lot of people would have trouble negotiating Thayer's ping-pong lifestyle. He crossed the Pacific nine times in 2013, and 2014 is off to a similar start. He spent New Year's Eve performing in Chicago then went home for two weeks to spend some time with his wife and write music.

"And now I'm back! Performing is not something you can do via Skype. You have to be there," he says

"Last year, I think I flew from Melbourne to Los Angeles nine times in the end. I'm on Quantas Platinum now. I love being in new places and love meeting new people. The only part I don't like is the actual sitting on a plane part, but if that's the worst thing about your job then you've got a pretty awesome job."

Thayer is very happy to have his musical style described as "varied" and explains that he likes to take his influences from every direction.

"Oh, thank you! I've never wanted to make just one type of music. I grew up listening to bands. You get an album of whoever, from Guns N' Roses or Soundgarden... could be the rockier songs, the faster songs, the slower songs, the softer songs, and I think that gets a little bit lost in dance music," Thayer says.

"Essentially you are making music for people to listen to in loud environments— in a club.

"But I still try to retain that idea that there is still a place for making music across a whole range of styles and soundscapes within that framework. When I am not writing music, when I am travelling around, I rarely listen to electronic music. It's jazz, or metal or I listen to a lot of classical music as well."

His last observation on the subject obviously has an impact because it later ends up as an entry on his Facebook page, just after Pique's interview:

"I've always thought of artists, whether it's a musician or a painter or whoever, as like a sponge; whatever you listen to or look at, you absorb it until it comes time to make music. Then you squeeze the sponge and see what comes out. In that sense, a person is only ever the sum of what they let themselves be influenced by. I try and let myself be influenced by as many things as possible."

Whistler has a strong spot in the electronic pop world, Thayer adds.

"If you look at the resort just on population size, then Whistler certainly punches above its weight with electronic music, certainly compared to towns of the same size. I think a lot of that comes down to people like myself and other electronic musicians, they want to enjoy playtime as much as anybody else," he says.

As a result, Whistler has a scene that can just thrive because of the riffing that inevitably takes place when local talent meets international successes, he says.

"The local artists in Whistler are just fantastic. You've got people like Mat the Alien and Vinyl Ritchie, who have been playing those sounds and records for a long time and nurturing the local scene. It gives it that opportunity for people like me to come in and these are not foreign sounds or strange records that nobody is aware of. They can relate to them already, thanks to the locals, which is how a scene develops," Thayer says.