Papa Josh: All grown up and ready to dance 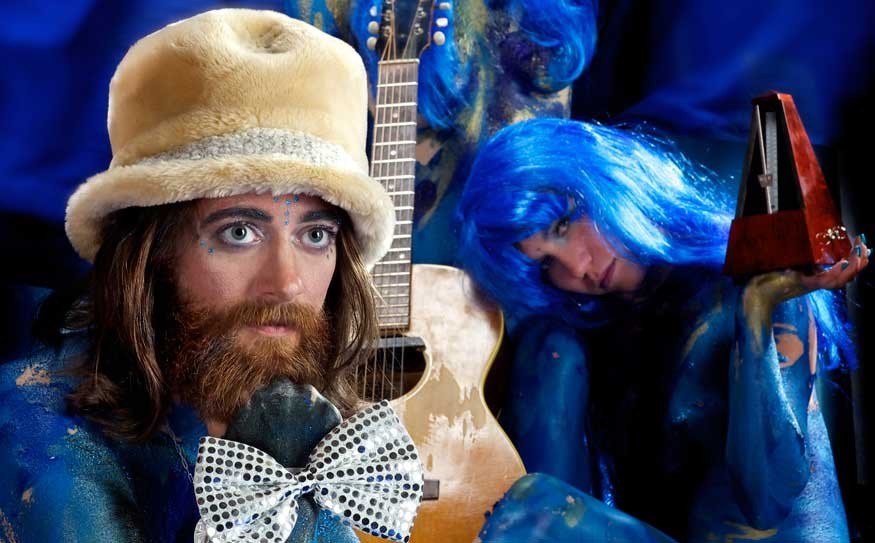 There was a moment, about a year ago, when Papa Josh was standing with his dog at the River of Golden Dreams where it passes through Meadow Park. It started to rain. He could see skiers riding Blackcomb Mountain in the distance, and as the rain continued to fall, he heard the chorus for a new song playing through his head.

The song would eventually become "River of Time," the title track from his new album. The entire album was written in a similar fashion, he says. He never really "wrote" the songs. They played through him.

"All the music that's on this CD is about the experience that I've had here in B.C. It's what's coming out in these songs," he says. "I feel like so many of them, so much of the content (of these songs) is stuff that I don't even feel like I wrote, in a way. I know that's a far out thing to say but that was kind of my experience with it."

It's a deeply personal album and, after two years in the making, the 12 songs on River of Time represent a man recognizing that he is now, finally, a man grown. It's an album about being a father, about the beauties of the domestic life, about the cosmic beauty of the unfolding universe. It it's an album, fundamentally, about love.

The album is steeped in everything from jazz to electronica. The songs range from oozing funk behemoths ("99"), electrified dancehall stompers ("Styles N Style") to (relatively) modest folk rockers ("River of Time"). But it's heart lies in funk, though he says he did not necessarily set out to make a "funk record."

"At this point, I'd say what I make is dance music that has a really, really strong root coming from funk but I'm just looking to play," he says.

"I have the intention to make this music uplifting, fun, you know, celebratory and definitely point out something positive. That's one of the things about funk music. I was talking to someone recently about the different between folk and funk. With folk, you're generally trying to capture whatever emotion you have and display that, whereas with funk it's like let's take it all and lift it up and feel better afterwards. Instead of commiserating, let's lift each other up and feel good."

Papa Josh (known to his mother as Josh Suhrheinrich) grew up in Bloomington, Indiana, a town with rich musical history that he claims he knew nothing about until after he left.

He ended up in San Francisco, linking up with a band called Global Funk with whom he toured the continent non-stop before landing in Whistler a couple of years later.

They played the Zoo Chorus Festival in Whistler in 2003, where he met Sabra Wright, who would, eventually, become his wife. After a year of long distance romance and several trips back and forth, he decided to move on north.

"Whistler was a beautiful place, I was in love, I was done playing with that band and that brought me to Whistler," he says. They migrated to Pemberton the following year, just before the birth of their son.

The time in between ultimately led to the creation of River of Time. He's recorded several albums in the past — including an instrumental jazz-funk solo album in 2001 while attending a music program in Chicago, a live solo album in 2008 and several albums with bands he'd played with along the way — but this is the first one that is absolutely, resoundingly, unapologetically Papa Josh.

"This is the first album that's all me, to be honest, and I definitely took my time on it to make sure that it was something I was going to really feel good about for a long time," he says.