Spirit of the West one of five concert acts celebrating 2010 Paralympic logo launch
Sep 15, 2006 9:00 AM By: Nicole Fitzgerald 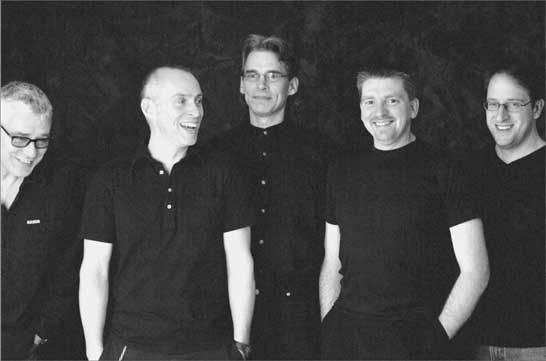 Who: Spirit of the West

Spirit of the West joins in the Paralympic spirit with four other talents, Juno Award-winner Chantal Kreviazuk, Jeremy Fisher, The Philosopher Kings and Juno Award-winner Jim Byrnes, celebrating the launch of the 2010 Paralympic logo with a free outdoor concert Saturday, at the Whistler Golf Course driving range.

Vince Ditrich, drummer and manager for Spirit of the West, is honoured to be a part of the celebration. After watching his nephew struggle with an accident that left the young boy a paraplegic, Ditrich has a deeper respect for the feats of Paralympians.

A snowboarding accident resulting in a broken spine left his now 30-year-old nephew in a wheelchair with a long recovery ahead of him.

“It shook up the entire family,” Ditrich remembered. “Somehow, he miraculously got over the hump psychologically. He started up a career. It’s been seven years now. It took a really long time for him to come to terms with it. To say, ‘That’s it. It’s not going to get better’ and find ways to prosper without the use of his legs.”

Ditrich watches his nephew prosper regularly. There is no podium to stand up on, rather a porch as the nephew, now an architect, draws up the plans for a new studio behind Ditrich’s home on Vancouver Island.

“The fire and hoops they have to jump through after an injury is amazing,” Ditrich said. “It is stunning. It is really courageous. When you see these people competing, you know they’ve poured every ounce of their being into that achievement. It’s something else.”

The same relentless spirit continues to drive one of Canada’s most beloved bands. More than 20 years strong, Spirit of the West has clocked 12 albums along with countless miles with tours all over Canada, the U.S., United Kingdom and Europe. From four gold and two platinum albums came hits such as Home For a Rest, And if Venice is Sinking, Five Free Minutes, Save This House and The Star Trails. The band’s latest album is Star Trails .

“They are going to take us off the stage with hooks,” Ditrich said laughing. “We’ve been together for 23 years…. When we were young, we were a punk band with Celtic instruments. The show was so energetic. We now come home like dish rages. We all have kids…. We’ll make another album in the next year or so, but without a doubt we’ve slowed down. We are in the grand old men stage — happily. It’s taken some doing. We’ve happily avoided caricatures of ourselves. Some groups don’t grow old gracefully. They are trying to do the same moves they did since they were 18 years old. Hopefully we matured with more grace than that. But still to this day, we do a high-energy show.”

Respected for their achievements and contributions to the Canadian music scene, the band members can now pick and choose their shows. And like the musicians themselves, their music has matured — for the better.

“The punky edge has come off to a great degree,” said Ditrich. “We incorporate Celtic folk stuff into a pop format. It’s our own band, a buffet of all our personal favourite influences. The lyrics and topic angles we attack subjects with has become more clever and subtle. The point has always been to make records you can listen to for a very long time.”

But maturity doesn’t mean the end of youthful high jinks; a payback prank may be in order at the Whistler concert, with Spirit of the West on the receiving end.

The band has often shared stages with The Philosopher Kings — the two even toured across Canada. And at a double-bill show in Buffalo, New York a high-pressure water gun got involved in the act.

“We might be getting a payback prank, but I am looking forward to seeing them again, we are old friends,” Ditrich said.

The free outdoor concert and logo unveiling, presented by the Vancouver 2010 Organizing Committee, begins at 3 p.m. at the Whistler Golf Course driving range. Seating is unassigned.