Pulsing Through My Veins: Raw and Real Stories From An Entrepreneur available on Amazon
Jul 5, 2020 10:00 AM By: Alyssa Noel 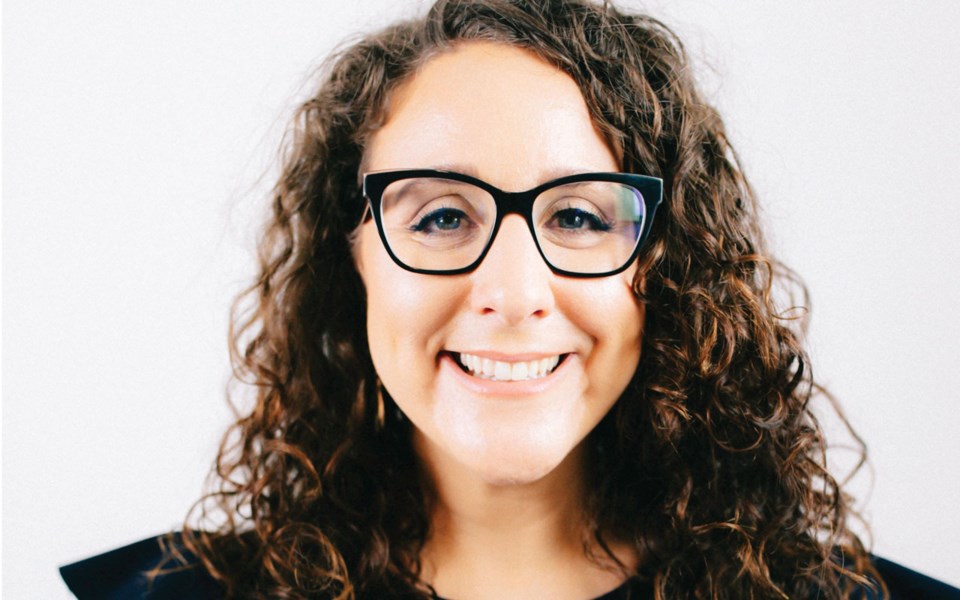 At the end of 2018, Blair Kaplan Venables found out her dad was terminally ill.

The news felt particularly crushing because they had only reconciled when Kaplan Venables was in her 20s after many tumultuous years.

“My dad and I decided our legacy piece was we’d share our story together to help people,” she says. “We thought about sharing stories of resiliency.”

While Kaplan Venables has writing experience as a long-time Sea to Sky public relations professional, she decided to enrol in a Squamish writing workshop to help her hone her chops for her debut book—an accomplishment she had dreamed of since she was a little girl.

To that end, Kaplan Venables is still collecting stories of resiliency from around the world (visit iamresilient.info for more) with the aim of creating a coffee table book, but she dove headfirst into writing a business book. That project came to fruition in June when her self-published book Pulsing Through My Veins: Raw and Real Stories From An Entrepreneur was officially released.

“The goal of the book was to inspire entrepreneurs,” she says. “I learned a lot of stuff the hard way so you don’t have to.”

It might have been her debut, but Kaplan Venables says the writing process came easy.

While it is, at its core, a business book, she also delves into deeply personal stories too. Using her marketing skills, she spent the week leading up to the book release promoting it before heading to Birkenhead Lake to disconnect away from cell service for the weekend.

“I didn’t feel vulnerable until people started buying my book,” she says. “I freaked out.”

The weight of it all hit her.

“I started going into my own head,” she says. “There’s a lot of self-doubt because I am my worst critic.”

While it’s been fulfilling to get feedback about the book from readers around the world, it’s been a challenge to launch a new release during a pandemic. But, Kaplan Venables has come up with some outside-the-box solutions.

For one, she’s going to be doing “roving readings” around Pemberton.

“I can’t throw a big party, so instead I’m arranging for my friends to show up in parks and driveways around Pemberton,” she says. “I’ll ride around on my bike and do readings and make a video. I don’t know if anyone has ever done it, but it seems fun.”