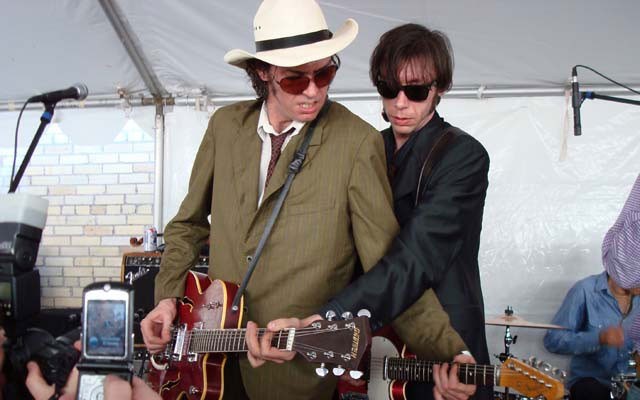 Whistler is to host a free concert courtesy of the Pemberton Music Festival to kick off its big music weekend in July.

Canadian performers Gord Downie, The Sadies, and Matt Mays will be joined by American composer Dan Deacon at the Whistler Olympic Plaza on Wednesday, July 16, at 4:30 p.m.

The event is open to all.

The day will be repeated for festivalgoers at the Pemberton site on Thursday, July 17, with Downie, The Sadies, Mays and Deacon being joined by as yet unannounced artists for a five-hour concert.

This event is open to Pemberton Music Festival ticket holders only.

For festival attendees who want to take advantage of early entry to the Pemberton Music Festival campground, which begins at 2 p.m. on Wednesday, July 16, there will be free shuttles from the camping site to Whistler throughout the day.

Festival campers are encouraged to take advantage of the early access to camping facilities.

"We are so excited to be able to bring these incredible artists to Whistler a couple of days early for a free concert on July 16 as a thank you to the community that has helped us make Pemberton Music Festival possible this year," said HUKA Entertainment co-founder and CEO A.J. Niland.

"And Thursday's concert at our festival site will be an epic gift for all of those who want to get to Pemberton early, avoid traffic, and enjoy an additional day of music in one of the most beautiful environments imaginable."

It takes place at The Shipwards on Lonsdale Quay on Saturday, June 7.

Along with Semenuk in the film are Yannick Granieri, Thomas Genon, Steve Smith, Cam Zink and Brendan Fairclough.

"We get to watch the world's most talented riders from a variety of disciplines conquer new trails and landscapes in this film," said executive producer Derek Westerlund in a release.

"Brandon Semenuk and the rest of Rad Company continue to push the limit of what can be done on two wheels, and the outcome is unbelievable."

Semenuk said: "This whole process has really been a team effort to help create what I envision as the future of mountain biking."

Tickets for the world premiere are $15 can be bought online for the event at RedBull.com/RadCompany. The film goes on sale on June 8.

Some Bunny reading at Whistler Library

Whistler musician and entertainer Jesse Thom and his dear puppet pal Chyld Saint-Thomas will be holding a reading for young fans of their book Some Bunny Loves You.

The reading takes place at Whistler Public Library on Saturday, May 24, at 2 p.m.

It's a book and CD release event that includes the puppet show The Legend of Chester & the Pink Moustache as well as a craft.  It's free and for youngsters ages three to seven.

The Whistler Arts Council (WAC) is having its annual general meeting (AGM) on Tuesday, May 27, at 5:30 p.m. at Millennium Place.

The meeting will review programs, events and festivals developed by WAC in 2013, including new partnerships, initiatives, community programming, staffing and budgets. The 2014-2015 board of directors will also be introduced.

The AGM is open to the public and all are welcome.