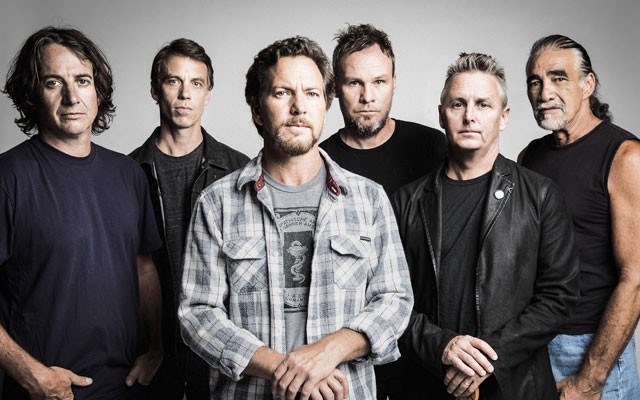 Pearl Jam The Seattle rockers are headlining, with the Huka chairman A..J. Niland saying he is 'beyond excited.'. Photo submitted

There's a definite taste of the '90s in the lineup of this year's Pemberton Music Festival.

"Pearl Jam is the band that introduced me to Pemberton, in a weird way. We were seeking the perfect Pacific Northwest location to host a band like Pearl Jam and that's how we stumbled upon Pemberton in the first place.

"Now, years later, being able to put them on the bill is really exciting."

The diversity of the lineup remains important to organizers, Niland adds.

"You've got everything in the rock, pop, electronic, classic rock genre. There are strong names all the way down to the bottom line."

There are several returning performers, including J. Cole and Snoop Dogg.

"The feedback that we've gotten from performers (about past festivals) has been tremendous. Acts like Snoop, J. Cole, Bass Cole and the Givers have made returns by reaching out, they are asking to come back and play because it is a festival experience," Niland says.

He wouldn't say which artists were planning to stick around, but it was partly down to the beauty of Pemberton and the Sea to Sky region.

"We don't sit down and develop a ratio... due to the booking process you're constantly competing with festivals in Europe. July is the biggest festival month there. That's our biggest competitor," Niland says.

But expect more announcements as the lineup is finalized in the coming weeks, Niland adds.

Niland was present for a Huka presentation in February to Pemberton council. He says his personal commitment to the festival and the region has increased with time, and has reached a point where he goes to the bank or a restaurant in the village and he "knows everybody."

"I've personally spent an enormous amount of time in the Whistler and Pemberton corridor, I'm there around five months a year, if you add it all up," he says.

"There's a genuine spirit that everyone wants the festival to be a success."

In January, the Pemberton Music Festival contributed $100,000 in grants to 16 arts and social projects and local First Nations communities.

Huka chief executive officer Evan Harrison says they expect a 40 to 50 per cent growth in festival attendees over last year's 115,000 fans over the festival's four days.

He added that by the end of this festival season, they would have brought in $200 million in economic impact to the region.

"What you're seeing now are festivals that form a bond with the audience and create that unparalleled experience in the destination have the staying power," Harrison says.

Asked about the impact of the lower Canadian dollar on a festival that operates and pays performers in U.S. dollars, Harrison says they try to counteract that by making Pemberton a must-attend event, citing the importance of social media and fan participation in video and audio contributions and on Instagram.

"There is not doubt that when you see a country fluctuation, it's a challenge for everybody. That's undeniable," he adds.

"However, we have a unique approach to creating music festivals, where we build an experience and we arm our fans with the opportunity to share that experience."

Huka also announced that tickets are going on sale online on Friday, April 8.

Tickets for the 2016 festival start at $295, plus a choice of either a camping pass (which accommodates up to four people) at $199 or a shuttle pass (for festival patrons staying in nearby Whistler) at $99. For campers who choose to drive, parking passes are available at $29 per car.

To purchase tickets and for more information visit www.pembertonmusicfestival.com.