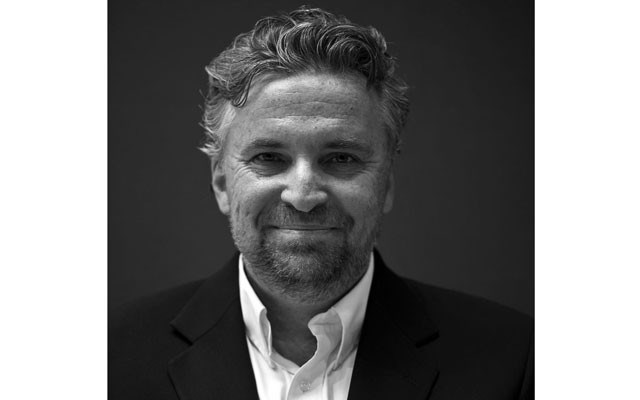 Charles Foran The author of Planet Lolita is coming to the Whistler Writers Festival. Photo submitted

Whistler hosts the 2014 Readers and Writers Festival from Oct. 17 to 19. Pique is running reviews of books by attending authors to celebrate. For information and tickets: www.whistlerwritersfestival.com.

Just the other day I was informed by a staff member at work that most of our team don't check emails and more than half of them don't carry a mobile phone — instead they depend on Facebook as one of their key forms of communication. They are mostly in their early 20s so it was of no surprise that the 15-year-old protagonist in Charles Foran's latest novel Planet Lolita is even further imbedded into social media culture.

Set in Hong Kong, we follow Xixi (pronounced See-see) Kwok through a deluge of hot-topic situations ranging from the strain of her parents' imminent divorce, human trafficking, fatal epidemics, epilepsy, and the role social media plays in privacy issues.

The novel starts with Xixi waking up on a camping trip with her parents to find that the deserted beach they'd chosen has become a pick up point for the local Triad sex trafficking operation. As Xixi's standoffish mother attempts to control the situation her father parades round in his underwear while she decides to take a few snaps with her phone. Xixi becomes obsessed with a pretty girl she names "Mary" and when they get home she creates a page on Facebook in an attempt to find and help her.

The Triad isn't so happy about this and the threatening phone calls begin. On the way back from the island Xixi has an epileptic fit. At the same time as this storyline is unfolding we go through a few coming-of-age issues that Xixi shares with her sister via FaceTime. Rachel is a few years older than Xixi and studying at University in Toronto, through her we learn that their father has recently cheated and through Xixi's ongoing eavesdropping we understand her parents are not likely to overcome this indiscretion. They natter on about sex, tattoos, and periods — you know, like most girls.

As if dealing with epilepsy, getting your period and having your parents separate isn't enough, Hong Kong itself is suffering with an outbreak of SARS. Although teenagers' lives do tend to be complicated, at least in their eyes, it's hard to empathize with all of the issues going on in this book.

There are some odd things going on with Xixi's relationship to her parents. When she gets her period her mother is understandably consoling but then forgets to send a few texts so is dumped for the more forgiving Filipino nanny. Then there's the father who in the latter part of the book whisks Xixi off to Bangkok only to be accused of being a pedophile by the Thai police.

At the end of the book Foran has made a brave attempt at literally incorporating social media into the story with blog and Facebook posts, tweets, and emails. However, it feels anti-climatic and forced. Perhaps this is to convey the coldness that can creep into language on the net when we can comment on just about anything and feel we have the right to judge and express our opinion when people's lives intersect with our own on the web.

This novel certainly is action packed and thought provoking, but even though it seems to be set in the close future it would be surprising that the average parent these days isn't aware of the dangers of social media, which seems to be the moral underpinning of the whole book.

Here's Rachel offering advice to her parents: "Leah? Jacob? Pay attention for a few seconds. Check out our platforms. Learn where we're at, who we're hanging with and planning to meet. Learn how we move from place to place and space to space, silent and quick and beyond detection by your analogue radars. If you don't know my Facebook, you don't know me. It's where us digital kids live, Mr. So-So Cool Kwak."

As part of the 2014 Whistler Writers Festival, award-winning author Charles Foran is leading the workshop Good Writing is Rewriting at 11 a.m. on Saturday, Oct 18, and will be part of the reading event Writers of Fiction at 3 p.m., on the same date. Both events take place at the Fairmont Chateau Whistler.