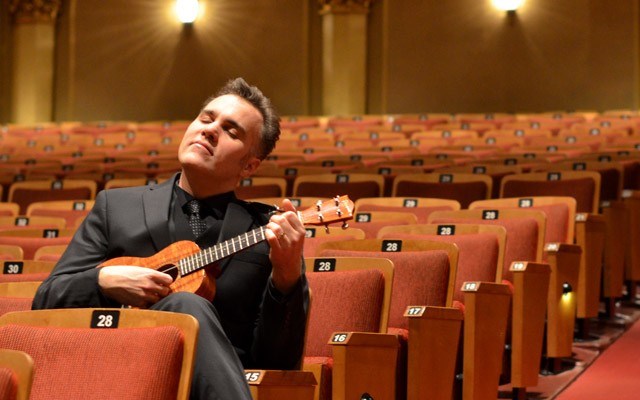 Vancouver singer-songwriter Reid Jamieson and his partner in music and life, Carolyn Victoria Mill, are looking forward to their Whistler gig because it will be a chance to practice.

It is their first visit to the resort in almost a year and the couple is about to lay down the tracks for their first album together.

"This gig is great because it's just before we record our vocals!" Mill says. "We're so excited about this particular gig because something we're going to do on this recording is try and record our vocals at the same time... Because of the nature of the songs it really makes sense for us to look each other in the eye and sing."

They play at The Mallard Lounge at the Fairmont Chateau Whistler on Thursday and Friday, May 1 and 2.

This is Jamieson's first album since 2012, an album of winter songs that were the product of a songwriting stint on Vancouver beaches in the middle of July — in order to get the music out in time for Christmas.

The same year he won the folk category of The John Lennon Songwriting Contest, run by Yoko Ono, for his song Rail.

Juniper's Kitchen is their new album's name, so called because friends of the couple called them "Juniper" when referring to them, their own version of "Brangelina." They also like to spend time in the kitchen, cooking up good things. The album is due out in October and will be followed by a tour around Canada and the U.K.

"It's a really special record for us," Jamieson says. A collection of original duets that Juniper's Kitchen was written by them both, and it is Mill's first time being on a record with Jamieson, thought they have written songs together and frequently sing together live.

"We've played so many shows lately and afterwards people ask which record it's on. And I'm like, 'Well, that actually doesn't exist right now.' We got worked on until we realized that we just had to do this," Mill said.

Mill says Jamieson's voice is so good that he could harmonize with a dentist's drill.

"But he can't harmonize on stage by himself so he loved to have me come up, too. That's how it started, but we're also a pretty mushy pair," Mill says.

"We have had a lot of good feedback from the audiences, which made me think that we could do this."

Jamieson adds: "Yeah, but I think the songs that come out of us are different than songs we'd write by ourselves. We literally sit there and this stuff comes out."

Mills finishes the thought by calling their work "conversations."

Another notch on Jamieson's guitar case has an ongoing musical relationship with the CBC radio's Vinyl Café.

"For me, I grew up playing a lot of music by myself in my bedroom, recording songs. As I became more confident as a person I was meeting other musicians who were bringing things to the table and that interaction would create something new," Jamieson says.

"Nothing was ever planned out where I thought I'd be playing with the Vinyl Café, but one thing leads to another. They're such nice folks.

"I remember Bob Egan from Blue Rodeo once telling me that you should be the weakest member on your team. That way, you're pushed to grow."

His work with The Vinyl Café is "Random," he adds. Sometimes it will be an entire tour with the show, which crisscrosses the country, sometimes it will be for a recording, or Jamieson will be invited to perform a song because it fits in with a story.

"What's really special about (Vinyl Café host) Stuart (McLean) is that what really turns him on is turning Canada on to singer-songwriters that he might never have heard of," says Mill. "He takes great pleasure showcasing performers for the rest of the country to hear because he knows they wouldn't hear it normally."

Both Jamieson and Mill continue to work outside of music, he with a Vancouver hotel and she with a small non-profit.

"It's hard to make a buck in this business," Mills says. "And you don't always make the best music. Reid can leave his work at the door when he finishes, and it helps us to write about things that other people going through.

"I don't think the average person can relate to the average star going hotel room to hotel room. But they can identify with 'Man, I wish I wasn't at work today!'"