Promises of a Bizarnival atmosphere 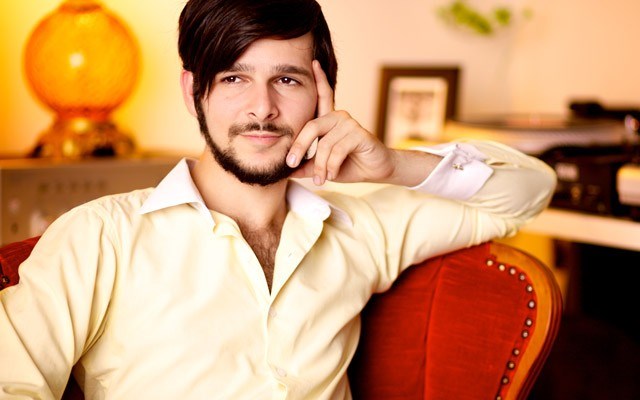 Bizarnival, as it's called, will be a musical, dance, circus extravaganza of a clubland experience. A bizarvaganza of good times, if you will.

"Bizarnival is actually an offspring of what Electro Swing Club Canada used to be. Spry Bry, the support DJ that I am touring with, has a passion project, which is big carnival-like acts, almost Cirque de Soleil meets DJ culture," says Fraser in a phone interview from his home in Vancouver.

He and Spry Bry are bringing a taste of Bizarnival to Whistler, performing at the Garibaldi Lift Company on Friday, Jan. 31 in support of Fraser's new Gypsitech EP. The Whistler show will also have Voracious V doing burlesque.

In essence his style is retro and current. His gypsy violin DJ set at the Shambhala festival in the summer of 2013 "had the crowd going wild," according to the stage manager of the festival, Byron Whitlaw.

"This Whistler show might be a little smaller than what we might bring in the future. This show is to support my new EP, but Whistler can expect us to come with a full troupe of performers in the future. It's a taste of what's to come," Fraser says.

"Bizarnival is keyed in for the alternative crowd... the official launch is in Vancouver on April 14. We're presenting (French electro swing and gypsy swing band) Caravan Palace at the Commodore and then there's a launch to be announced for Bizarnival, at the Rickshaw Theatre."

Fraser says Gypsitech is a musical amalgamation of everything he grew up with, electro, techno and house beats.

"There's one track that my dad used to play an accordion part on guitar when I was growing up and I used the original sample and broke it down into what is a homage to where I came from, where I started listening to music," Fraser says.

Because of this, the EP is very personal and even biographical.

"When I was 16 I travelled Europe with my father, we used to play gypsy jazz together, and we went to a festival where Django Reinhardt, the king of gypsy jazz, is celebrated. While I was there, I got to jam with a bunch of gypsy guitar players; I was the young prodigy for the festival for that year. I met so many people, and some gave me their CDs. There are samples I collected along the line that are included in the EP," Fraser says.

"The way I see it is that I collect these samples from my life experience, get taken places, I listen and get influenced by different cultures and I include them and create my own sound. All the songs have synthesizers, violins and electric bass, all played by me, gluing everything together."

Fraser's ability to move between electronic music and traditional instruments has been an interesting marriage of styles for him.

He says: "Samplings are really interesting. They are viewed in high regard in some circles and in very low regard in other circles. For me, it's a way of collaborating with people you wouldn't normally have access to. For one of the songs, I sampled a guitar player I know personally from Amsterdam, Robin Nolan, and he's an incredible player, but also a very busy man. Instead of asking him to go to a recording studio and record some parts for me, I am able to take some parts off his album and mix them into what I am doing. And it still sounds fresh and different without having a huge commitment level."

Growing up listening to hip hop meant Fraser was always comfortable with the sampling option.

"I try and take it to the next level. There's a musicality to sampling that is very different from playing an instrument," Fraser says.

"I love composing original material without samples but there is something that is really, really desirable about having the essence of a recording from a certain time period or a quality of a room that you'd never be invited into. It's really magical."