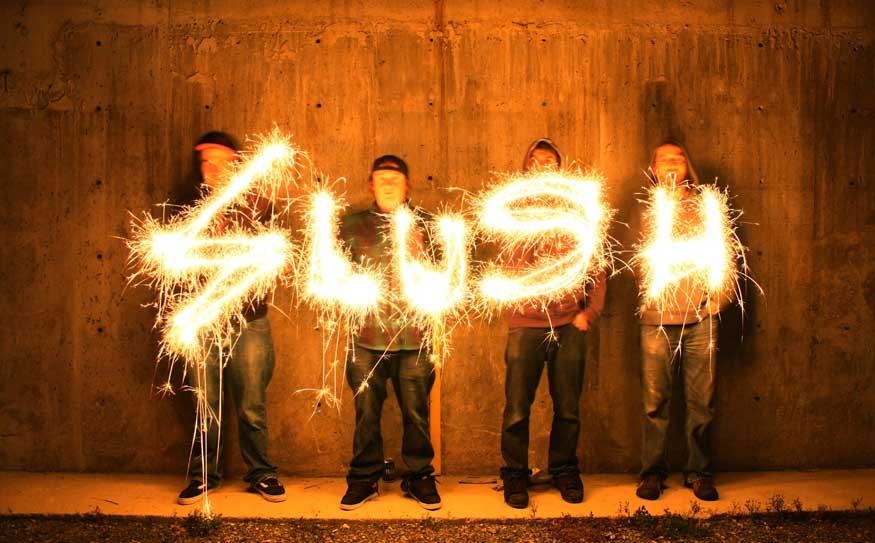 Stuff that has happened in the 20 years of Slush's existence: file-sharing has annihilated many independent punk labels; pop-punk destroyed most of whatever vitality punk-rock had left; popularity of punk rock music declined; the closing of The Boot Pub secured the death of Whistler's live music scene — especially its punk music scene.

Suffice it to say, it's been a hefty bummer for punk rock fans. For Slush, Whistler's longest-running band of any genre, keeping the spirit of punk rock alive between the mountains is part of why they're still making music.

For years, they've held the Snow Slam and other punk festivals in attempts to revive, even for a night, the old punk nights at the Boot Pub and normally play once a year. This year's event is not a festival — it's a celebration of the 20th anniversary and of their 10th full-length album.

Weatherbie and singer/vocalist Adam Leggett formed Slush with two other friends in 1992 in New Liskearn, Ont. In 1998, the entire band migrated out west and after several line-up changes, since then, they settled on the current line-up, with Gavin McDermott on bass and Bryce McDiarmid on guitar.

The new album is an 11-song punk rock assault, and a reminder of what Whistler skaters and snowboarders were all about in the early-to-mid 2000s. Weatherbie says the band blew their budget completing the album, having spent the better part of last year putting the finishing touches to it.

It's the sound of a band playing for the simple joy of playing. If Slush raises its punk rock flag once a year, it's only because they have a hell of a lot of fun playing it. They gave up on trying to make a career out of music years ago. Sure, Weatherbie says they could have made a serious go of it by moving to a city with a more established punk scene, but none of them were ever committed to making the necessary sacrifices for making that work. Once the dreams of a rock'n'roll lifestyle gave way to the charming realities of a Whistler lifestyle, they decided they'd stick together, if only for fun.

There's a notable irony in this laidback approach to punk rock, but Weatherbie says its exactly what has sustained Slush after all these years. Often, bands will boom or bust when they commit themselves completely to the project — if it doesn't work out, bands typically implode. But if it's all for fun anyway, there's nothing really to lose.

Everyone who pays entry to the 20th anniversary show will also receive a copy of the album. Weathernie says that's always been their philosophy — give the music away and have fun listening to it. They've never been in it for the money.

"Just knowing that all people get to hear us and see a show is great," he says.