Emilia Nielsen's book Surge Narrows a tribute to isolated community she grew up in
Jun 4, 2014 6:00 PM By: Cathryn Atkinson 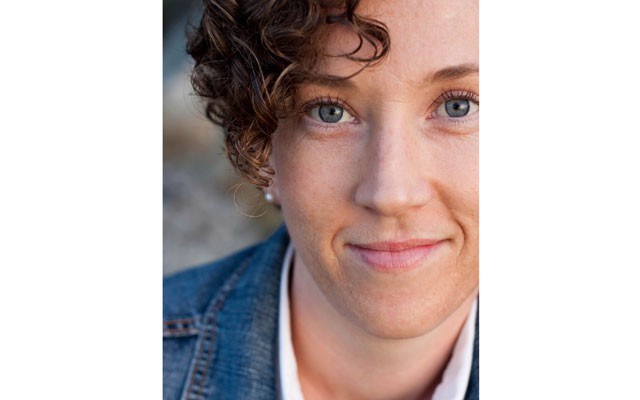 Professor Emilia Nielsen will be on hand in Toronto this weekend to find out if she has won a top national poetry award for her first book of verse.

Nielsen, who teaches social sciences at Quest University Canada in Squamish, is one of six poets vying for the Gerald Lampert Memorial Award in a competition run by the League of Canadian Poets.

The award, to be presented on Saturday, June 7, comes with $1,000 and goes to the best premier book of poetry published in the previous year.

"The award nomination is so exciting... I had published extensively in literary journals before Surge Narrows came out. My first poem came out in 2003," Nielsen said.

Surge Narrows is seven long poems that are connected as a thread by the isolated community she grew up in near Campbell River on Vancouver Island.

"The namesake of the book, Surge Narrows, is also the title poem. It's a metaphor for this multiplicity of things being distilled into that narrow stream. Really it's a place. I spent a number of years in my childhood in the community of Surge Narrows on Maurelle Island, which was very rural, very coastal British Columbia. I went to school by boat four days a week; we'd go to town a few times a year," Nielsen said.

"The natural world and wilderness is very present in this book. That is something for me that motivated my earliest work... not capturing the essence of Vancouver Island or nature, but translating it in an interesting way, that new way of seeing something that you thought you knew."

Nielsen said that as a writing student her peers would write about lofty subjects like love, loss and honour, while she was fascinated in exploring lady bugs, slugs, earthworms, and bracken fern.

"I realized I was doing something different. I had different preoccupations and I was encouraged to pursue that close look at small things," Nielsen said.

Young Squamish Nation actor Swo-Wo Gabriel beat four other actors to bring home the award for the Best Support Performance by a Male, Dramatic Series (television) from the Leo Awards on Sunday, June 1.

Gabriel won it for his work on the TV series Blackstone, shown on APTN.

The Leo Awards are presented to the best in the British Columbian film and television industry.

As well, four films showcased in the 2013 Whistler Film Festival were also winners at the Leo's. Ten WFF-showcased films had been nominated.

No Clue won Best Musical Score for a Motion Picture, and Under the Bridge of Fear won Best Costume Design for Short Drama.

All film winners were announced on Friday, May 30.

Artists, craftspeople and designers are invited to submit their ideas for the sixth Valley Trail art series.

The Resort Municipality of Whistler and Whistler's Public Art Committee are looking for artworks that will be located along the trail; past projects have appeared in the Alpine, Whistler Cay, Creekside and Alta Lake neighbourhoods.

Up to $16,000 is available for the project. Teams and individuals are welcome to apply.

Among other specifications, the artworks must be able to withstand severe weather.

The deadline for proposals is July 7, with the installation taking place in mid-October.