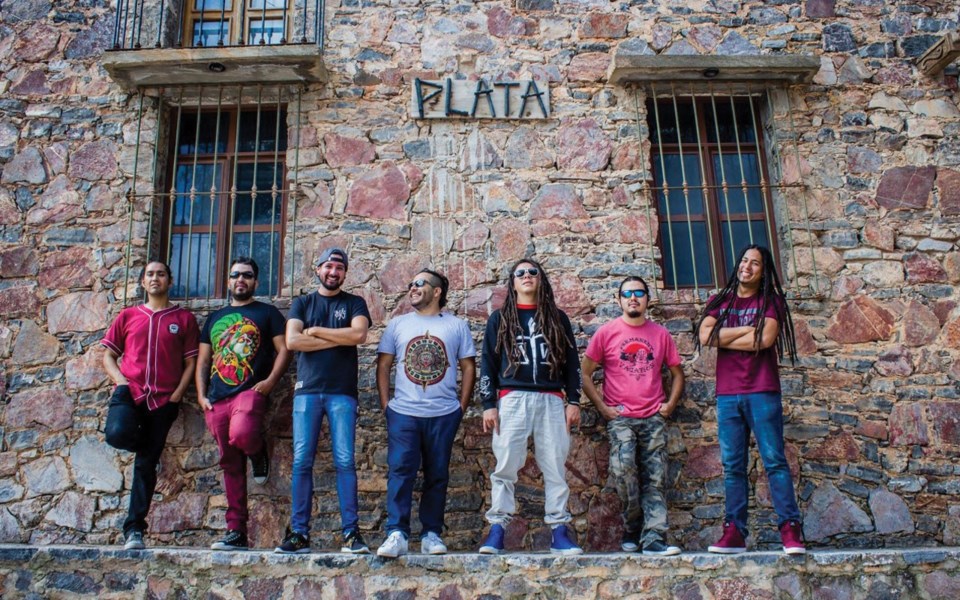 Quinta Kalavera are set to perform in Whistler Olympic Plaza on Aug. 23.

Quinta Kalavera's first trip to Canada has, so far, been a good one.

The nine-piece, Latin-infused reggae band travelled from their home in Mexico, set up a headquarters in Vancouver for the summer and have been travelling to festivals and venues around B.C.—from Harrison Hot Springs to Nelson and Kimberley.

While not everyone in the crowd understands the Spanish lyrics, they've been connecting to the band's upbeat party vibe. "Maybe they don't understand our words, but they understand our rhythm," Freru adds.

Their single "La Vida Sigue" in particular has been a hit.

"In 'La Vida Sigue,' it says you have a lot of problems in your life—your country, your family, whatever. But you can always try to be in a positive way," Freru says. "If you have problems, you can solve it dancing. You can make life better and easier taking a better point of view. That's life."

Quinta Kalavera first formed as a five-piece in Guadalajara back in 2011, choosing their names as an homage to the Mexican "calaveras" or skulls originating from the Day of the Dead celebrations.

Since then, they've released their first album La Vida Sigue in 2014, followed by De La Gente in 2016, and travelled all over South and Central America performing.

But they got a little help to travel up north and build an audience this year from a Canadian promoter. In total, they will spend two months headquartered in Vancouver and playing around Western Canada this summer.

"The best part of the summer is we are here," Freru says. "We love this country. We fall in love with this country every day that we stay here ... Every year we'll try to come back here because we want to make a market here."

Next up, the band is playing in Whistler Olympic Plaza as part of the Whistler Presents Summer Concert Series. The resort's reputation as a busy tourist hub precedes it, Freru says.

Catch Quinta Kalavera in Whistler Olympic Plaza on Friday, Aug. 23 at 7:30 p.m. The show is free.