Ian Cameron, one half of the local duo, contributed to an album up for Best Pop Instrumental
Jan 9, 2013 8:00 PM By: Alyssa Noel 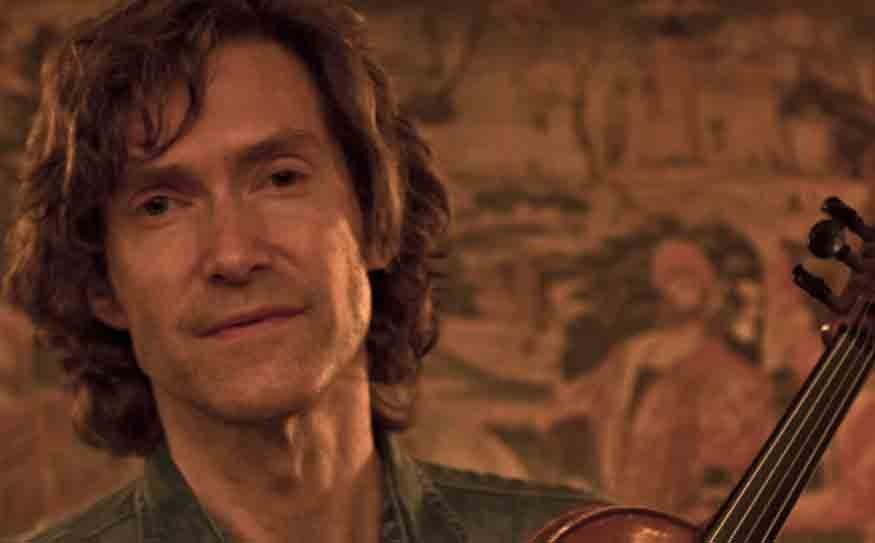 That was the humble musician's reaction to news that a record he helped create is up for a Grammy award on Feb. 10. Whistler's Chad Oliver, who plays with Cameron in fiddle-guitar duo Ruckus Deluxe, on the other hand, was keen to spread the good news. "It was kind of him," Cameron says. "(Oliver) is my best promoter, actually."

The record, Rumbadoodle, by Singapore-based songwriter and producer Arun Shenoy, has been nominated for Best Pop Instrumental. Cameron worked with Shenoy on the album for over two years, sending files back and forth across the world. The two have never actually met face-to-face.

"It kind of speaks to a paradigm shift in the music industry," Cameron says. "Just the fact that we could get nominated for this having never even sat in the same room and worked together that way. It defies the conventional approach. It also highlights the impact that the Internet is having on the entire music industry. It's been responsible for the collapse of the traditional industry. It's been a huge shift. I've been working around the edges of that for probably a decade now."

As soon as it became possible to send large audio files over the Internet, Cameron founded efiddler.com, offering digital content like violin and fiddle loops, as well as samples. The website also serves as a way to connect with producers looking for a violin player. And that's how Shenoy found him to contribute to the "gypsy flamenco mash-up" album. Cameron co-wrote the title track, as well as "The Violin Song," one of the albums' 11 pieces. (Though, he didn't name that one, he adds.)

Still, when Shenoy got in touch to let him know about the nomination he all but brushed it off. "I didn't really think twice about it," he says. "A couple days later it occurred to me that I should follow up on this and check it out. So I went on the Grammy site and there it was."

The record is up against four others, including 24/7 by Gerald Albright and Norman Brown, Impressions by Chris Botti, Four Hands & A Heart Volume One by Larry Carlton and Live At The Blue Note Toyko by Dave Koz. "There are some big- name artists," Cameron says.

While piecing together Rumbadoodle, he continued to work long distance with other artists and producers. "I've collaborated with hundreds of producers on a huge variety of projects," he says. "It's really encouraging that (the Internet is) giving me and other musicians (an opportunity) to connect and work on projects you'd never have access to. Right now, I'm sitting in the Pan (Pacific) Whistler and I've got my MacBook and today I'm working on a couple of different projects before I have to go to a gig with Chad. It frees you up so you don't have to be in any physical geographic location. I find that really exciting."

But it also means he's busy. Too busy, in fact, to attend the glamorous award ceremony next month. "It came up, but it's just not going to work with the schedule," he says. "Chad and I have committed to a lot of work over the season. When you commit to things you can't back out."

Though he admits he hasn't actually watched the red carpet event in years, he plans to catch its 55th installment — or at least PVR it, if he's busy gigging. Cameron might sound dismissive of the gold gramophone trophy, but that's just because awards aren't the motivation for the music. "Obviously it's good for promotional purposes, but that's ultimately not the reason why musicians make music," he says. "I think most musicians just feel compelled to make music. It's just a form of communication. It's a release. It's something that musicians feel compelled to do whether there are awards or not. So, it's not the reason behind it, but it's gratifying to know people acknowledge what you do."