The award-winning singer will play alongside Tim Littlemore
Oct 16, 2013 9:00 PM By: Alyssa Noel 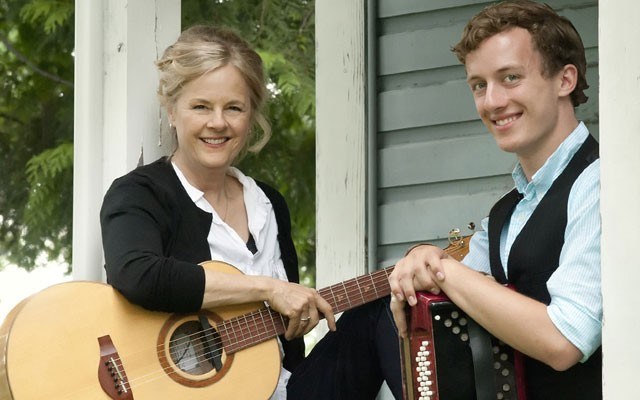 The Juno-award winning singer and songwriter plays solo, as a trio with her daughter, Julia Graff, and family friend Ted Littlemore, and as part of a bluegrass band, The High Bar Gang, to name just a few of her recent projects.

On top of that, she's taught music at the University of British Columbia, scored documentaries, hosted TV shows and performed in musical theatre in her over three decades in the music industry.

"My career has been — I do whatever I'm asked to," Ulrich says over the phone recently. "The scarier it is, the more I know I have to do it. I'm learning to say no to some things, but if it's something I might say no to because it seems scary, I still say yes because I think that's a lousy reason to say no. Nothing has ever backfired. They've all been fantastic experiences."

A couple of times a year Ulrich will travel up the Sea to Sky Highway to play at the Brackendale Art Gallery. This time around, on Oct. 19, it will just be her and Littlemore, who was a childhood friend with Julia on Bowen Island before he moved away. The two reconnected while attending McGill and formed the trio shortly after. "We heard him play with his brothers," Ulrich says. "They opened for us one summer and we thought, 'Wouldn't it be great to have him in a band?'"

Turns out, it was. When Julia went off to graduate school for music and sound recording, the two began to play without her. "I thought that when I didn't have Julia only Ted it wouldn't feel like the whole thing we normally do," Ulrich says. "But I love playing with him. He's just a really bright light. Someone can be a great player, but not sensitive to the songs. He's very sensitive to the songs and he has a great voice."

The songs she's referring to span her entire career, from her breakout hit "Flying" to forthcoming material from her new album to be released later this winter. It's tough, she says, crafting a set list when you have so much material. "I'll be playing a lot of the new songs from the new album and chosen favourites from older albums," she says. "It's getting more complicated because there's all these jewels I love. When I have a new album, some have to go."

Before her new solo album is released, though, Ulrich will be playing shows to support The High Bar Gang's new LP Lost & Undone, out this month. That project was one she said yes to because it scared her. "Bluegrass can require a tremendous amount of proficiency," she says. "I think that's why a number of us in the band wanted to do it. We wanted to force ourselves to get our chops up and it's very enjoyable music to play."