Whistler Film Festival executive director named alongside big names in show biz from around the globe
Mar 15, 2019 2:00 AM By: Alyssa Noel 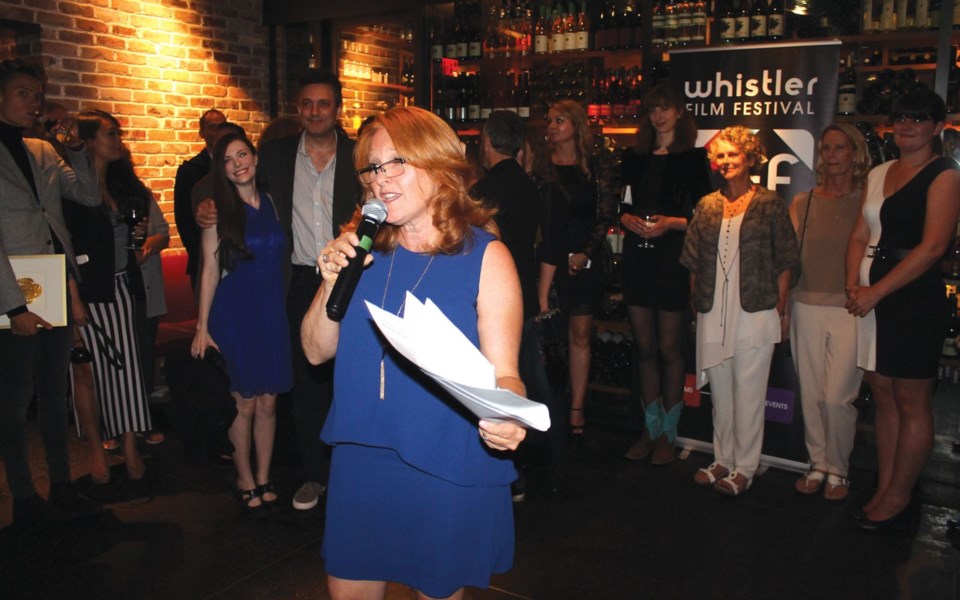 Whistler Film Festival (WFF) executive director Shauna Hardy Mishaw was honoured last week as one of 50 women from across the globe who are making an impact in the entertainment industry.

In the piece, Variety highlights the fact that the 2018 WFF included 69 per cent Canadian content as well as 46 per cent female-directed films.

"It's a bit overwhelming," Hardy Mishaw says. "I'm really excited about it. I think it's really a testament to our programming and our representation. It's a true reflection of not only myself, but also our team."

That team, she adds, is also made up of mostly women.

Another major event the festival hosted last year to help boost the profile of women in film was honouring Academy-Award winning actress Geena Davis at its Women on Top Series. The second part of that series featured a keynote address by Madeline Di Nonno, CEO of the Geena Davis Institute on Gender in Media, which researches gender representation in media.

"There's always been more of a precedent and a focus on male filmmakers and talent, which is why we connected to the Geena Davis Institute last year," Hardy Mishaw says. "I'm excited to see it change."

This is the third year that Variety has issued the report to mark International Women's Day. While plenty of progress still needs to be made in the industry, Gaydos says he's encouraged by the amount of change that's happened recently.

"I will say in the last two years, the Time's Up movement (supported by Hollywood celebrities to combat sexual harassment) and the energy of all the women who have said, 'We're just not going to accept this. We're going to demand parity agreements in different places,' there are a lot of things that have been done in the last two years," he says. "The times are changing a little bit, but when you're talking about half the human race, it's OK to be impatient."

For her part, Hardy Mishaw predicts WFF's programming will continue its quest to reach gender parity. "I absolutely think that will continue," she says. "I predict over 50 per cent of films will be directed by women (at the festival in the future). But we need to start measuring other aspects of it—with screenwriters and other talent. We focus on writers, producers and actors, but below the line are cinematographers and film crews. We need to see women on both sides of that line."

It's that determined spirit that caught Gaydos' eye, he says.

"I personally know the story (of the festival) quite well and I know the work ethic and dedication that this particular woman has applied," he says. "All those things we like to celebrate in movies and TV and business stories of fearlessness and determination and fortitude and unwillingness to be defeated, there's a business story that I think is truly heroic."