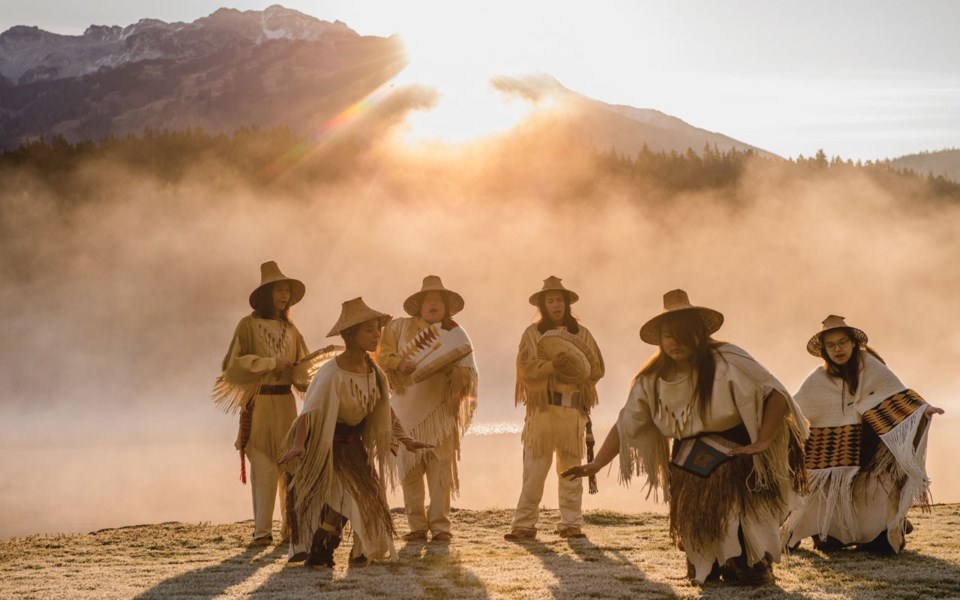 The Squamish Lil'wat Cultural Centre (SLCC) has a jam-packed slate of activities, performances, and food planned in celebration of National Indigenous Peoples Day on Friday, June 21.

"It's something that's meaningful to our team," says Mandy Rousseau, manager of marketing and communications for the SLCC. "When I was chatting with the Indigenous youth ambassadors, one said to me, 'This is a day where it's about gathering to eat a bunch of good food.' Another, Josh Anderson (cultural delivery leader with the SLCC) said, 'It's a day of celebration organized for the people. Indigenous people across Canada celebrate summer solstice, so it's unifying. With those elements in mind, we want to share that celebration.'"

Throughout the day, admission to the museum will be by donation, starting at 10 a.m. Cultural ambassadors will lead guided tours, set to run every hour at the top of the hour until 4 p.m. However, at 12 p.m., in lieu of a tour, they will instead present "an immersive cultural journey" at the end of the Great Hall with traditional songs, dance, and storytelling.

There will also be a smudging at 11:30 a.m. and crafts—including paddle necklaces, headbands, deer hide bracelets, and temporary tattoos—in the Longhouse from 10 to 11:30 a.m. and again from 1 to 4 p.m.

Meanwhile, the SLCC's new chef, D'Arcy Demoe, will be at the helm of an Indigenous-inspired lunch, set to take place on the Mezzanine patio.

"He wanted to create something a bit different and do a barbecue, buffet-style lunch on the Mezzanine ... (It will be) a variety of salads with fresh produce—we're striving to use as much as we can from Pemberton farms. Then the protein will be elk and venison burgers, bison smokies and for vegetarians and vegans, a Beyond Meat vegan burger patty," Rousseau says. "Musicians who are part of the cultural ambassador team will be doing live music as well."

Another highlight of the day will be the launch of the SLCC's 1 p.m. guided forest walks.

"That's a product we're starting to do Wednesdays at 3 p.m., taking guests on a (walk) through the Salish Stroll to learn more about the flora and fauna that grows in our local forests," Rousseau says.

Finally, the festivities will wrap up with a screening of the film The Grizzlies, which will be hosted in partnership with the Whistler Film Festival, and include a panel of guests talking about the role sports play in the Squamish and Lil'wat Nations. "It's based on a true story about the Grizzles lacrosse team in Nunavut. Looking at that we thought, 'How can we root that in relevancy to our nations?' We decided to augment that film screening with a panel discussion," Rousseau says.

Sxwixwtn Wilson Williams from the Squamish Nation, Hama7 Alphonse Wallace from the Lil'wat Nation, and Siginaak (Blackbird) Court Larabee from the Lac Des Mille Lacs Nation, who's also vice president of the First Nations Snowboard Team, will sit on the panel. Linda Epp of the Sechelt Nation will moderate.

"I'm excited for the evening," Rousseau says. "I understand we've already sold 25 per cent of the tickets for that."

To that end, while admission to the museum—and participation in the various activities—is by donation throughout the day, tickets are required for the film and lunch.

"It's really special," Rousseau says. "We're excited ... people should come in and explore."