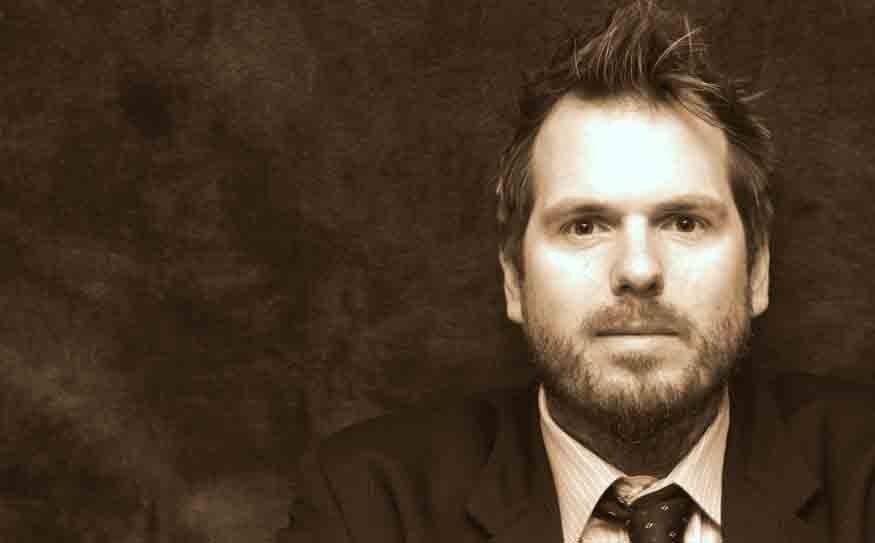 Pete Johansson has a message for the New Zealand skier who plowed into his hulking figure, bruised his ribs then took off down the mountain in Whistler last year around this time.

"If this is going in the paper, I'm still looking for the guy," the U.K.-based, B.C.-bred comedian tells Pique. "A bunch of people stopped, but he just took off because he knew he was in the wrong. Then we all went down looking for him. If he shows up at the show and identifies himself I will beat the crap out of him. On the snowboard he could take me, but off the snowboard... "

Johansson might tell jokes for a living — he even laughs after levelling the threat — but still, he seems at least partly serious. Maybe that's because he and his three funny-guy tourmates — Arj Barker, Dan Quinn and Craig Campbell — are required to stay in one piece as they make their way across Western Canada, snowboarding during the day and performing stand-up at night.

The tour, dubbed Snowed In, is in its fifth year with two stops in Whistler Jan. 14 and 15 at the GLC. This year, they'll be accompanied by pro-snowboarder John Jackson (of Art of Flight fame) for a leg of the tour, as well as video cameras capturing it all for a potential TV special.

Johansson claims he's the weakest rider of the bunch, but "my love is just as big," he says. "The problem is, I'm genetically not predisposed to the idea of balance. I'm a very tall man with somewhat of a belly. A lot of moving fat on my body, like a jug of cold water balanced on a couple of toothpicks. I'm not designed for good balance, so I enjoy the snowboarding, but I know I'll never be as good as the more stout, muscular snowboarder."

In case it wasn't clear, Johansson draws inspiration for his comedy from personal experience. But his goal is to dig deeper than self-deprecation and bury a message in his joke. "I try to always get a social message hidden in my personal experience and also whimsy. I don't like to be too heavy handed. I always like to be a little giggly," he says.

The approach, it seems, has worked. Johansson has appeared everywhere from the Late Late Show to Just for Laughs and the Winnipeg Comedy Festival. He recently finished taping a comedy special in Amsterdam with Russell Peters.

Johansson has also made a name for himself around the world, touring across the Netherlands, North America and Europe. "It's actual relieving doing a show in front of people and English is their second language and they laugh at you because you realize we're all the same, globally," he says. "We laugh at the same concepts. We all have the same sort of shame, ego and frailty and insecurities. It brings everybody together a little bit."

That's especially true for the Snowed In tour. The comics have very diverse sets, offering something for everyone, he adds. "The four of us together paint a really interesting mosaic," he says. "You'd be hard pressed to come to the show and like most of us, but then not really like one of us a lot. That sounds like a match.com profile."