Spotlight on actress Sarah Gadon as WFF prepares to open 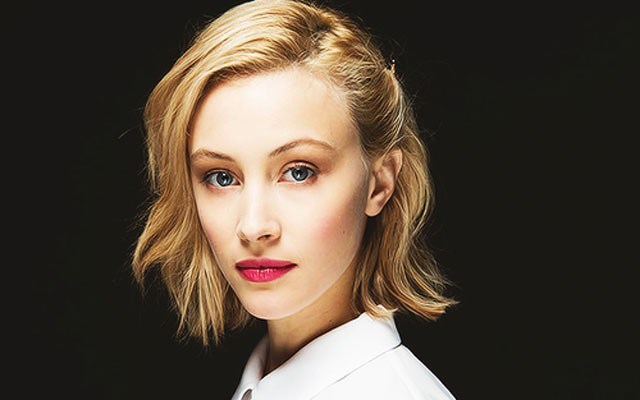 Spotlight on Canadian actress Sarah Gadon is one of the stars in conversation at the 2014 Whistler Film Festival. Kim Cattrall, Don Carmody and Dean DeBlois will also be interviewed about their careers during the festival, from Dec. 3 to 7. Photo courtesy of Flynet

Actress Sarah Gadon has been added to the final lineup for the 2014 Whistler Film Festival (WFF).

Gadon, 27, has starred in The Amazing Spider-Man 2 and David Cronenberg films A Dangerous Method and Cosmopolis.

She is the the "Spotlight On" honouree presented by Elle Canada, an honour dedicated to rising female talent in the film industry, and will talk about her work on Friday, Dec. 5 at 7:30 p.m.

The film festival runs from Wednesday, Dec. 3 to Sunday, Dec. 7.

Born in Toronto, Gadon has also worked extensively in television, with roles in Being Erica and Murdoch Mysteries.

"Sarah Gadon is an award-winning actress with 57 (film and television) credits to her name. She is definitely a talent on the Canadian landscape. Her work today points to a long and accomplished career," says WFF executive director Shauna Mishaw Hardy.

"She is a great fit. It is being preceded by the Elle Canada fashion film finalists (Hannah Louise Clarke, Zachary Spence and Erika Houle, and Julie Hong). We will also be introducing our Rising Stars formally at this event.

Gadon now joins actress Kim Cattrall (Sex in the City), How to Train Your Dragon director and animator Dean DeBlois and producer Don Carmody (Chicago, Good Will Hunting) as honourees this year.

"We've got prolific talent and it's really exciting," Hardy Mishaw says. "The thing about the people we are honouring is that they are all working, they're not coming here for a vacation. They are busy, working actors and actresses."

Actor Chace Crawford (Gossip Girl, What to Expect When You're Expecting) is attending the world premiere of his film Mountain Men, along with the film's director Cameron Labine.

"Chace is known for his television work, but not as a feature film actor. It's great that he's coming up for the world premiere of his film," Hardy Mishaw says.

"Cam Labine is an alumni of ours and he's a great talent. He deserves to be talked about."

Mountain Men is one of six films in competition for the 2015 Borsos Feature Film Competition, with first prize of $15,000 going to the top Canadian film at the festival.

The others are After the Fall by Sean Garrity, Bang Bang Baby by Jeffrey St. Jules, Wolves (Les Loupe) by Sophie Deraspe, Relative Happiness by Deanne Foley, and Felix and Meira by Maxime Giroux.

Actor-director Jason Priestley, named earlier this year as WFF's ambassador, is heading the jury for the Borsos competition. Cattrall is also on the jury, along with producer Michael Hirsh.

For the second year in a row, Canadian comic actor Brent Butt (Corner Gas) is attending WFF, as a guest of director Carl Bessai, who is bringing Canucksploitation film Bad City to the festival.

"To me, this is one of the most celebrated pieces of our festival," says Hardy Mishaw. "The fact that we have those talents... these people are prolific, they come up here and we get to celebrate them. We're very excited."

Asked what she is most looking forward to in this year's festival, Hardy Mishaw says some of it comes down to the number of premieres taking place. There are 22 world premieres, 11 feature film world premieres and 11 shorts.

"And there is the number of films by first-time feature filmmakers, the level of talent and the number of guests coming (350). We've had 120 per cent increase in our guests. It's good. We've stepped it up," says Hardy Mishaw.

"The thing is it has been natural for us. People have been hearing about us, they are finding out about us. We are having distributors coming. People are calling us and this has been a bit of a change in terms of the nature of the beast. I think this has to do with the evolution of the festival, us being at a certain place and being 14 (years old). Having invested for that long, it is starting to pay off."